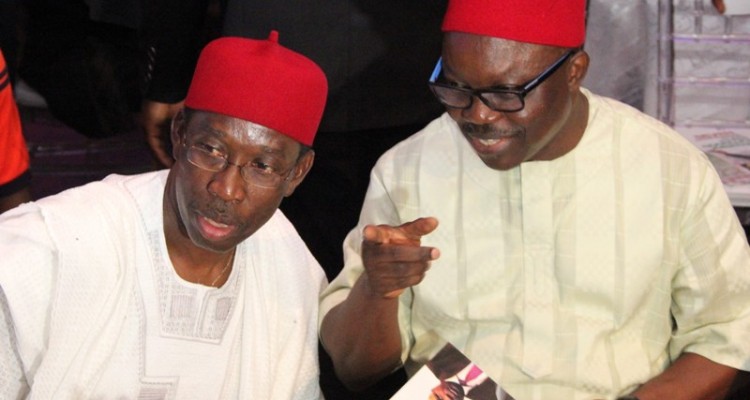 The Abuja Division of the Court of Appeal, has dismissed an appeal that was lodged against the election victory of Governor Ifeanyi Okowa of Delta State, by candidate of the Labour Party, LP,? in the April 11 governorship election in the state, ?Chief Great Ogboru.

In a unanimous judgment, a five-man panel of Justices of the appellate court led by Justice ?Uwani Abba-Aji, upheld the verdict of the Delta State ?Governorship Election Petition Tribunal which had on ?October 24, ?affirmed Okowa’s election.

The appellate court said the tribunal was right when it ?held that the petitioner failed to prove that the governorship election was characterised by over-voting and manifest corrupt practices.

Besides, the appeal court panel maintained that Ogboru could not prove that the election was not conducted in substantial compliance to both the Electoral Act, 2010, and the Election Guidelines and Manual ?that the Independent National Electoral Commission, INEC, issued for the purpose of the election.

“Where in election petition, there are allegations of irregularities and corrupt practices, the allegation ?must be proved beyond every reasonable doubt”, the court held.

More so, the appellate court held that Ogboru failed to prove that but for the alleged corrupt practices, he would have won the Delta State governorship election.

Consequently, the appeal was dismissed for want of merit.
?
Ogboru had approached the appellate court, praying it to set aside the judgement of the tribunal.

?He contended that ?the total number of votes recorded at the end of the election, far exceeded the number of voters accredited by the card reader machines.

The appellant sought for the nullification of the governorship election and the declaration of a fresh poll in the state.

However, while refusing his prayers, Justice Abba-Aji ?who read the lead judgment, held that Ogboru merely relied on records of the card reader accreditation, without demonstrating the documents through credible evidence.

Justice Abba-Aji noted that the LP candidate never challenged the evidence of the respondents laid before the tribunal.

She observed that even witnesses Ogboru brought before the lower tribunal testified that the the card readers had challenges in many part of the states and that apart from the use of card reader, there was also manual accreditation.