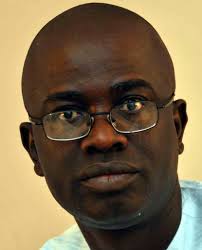 That the violent confrontation in Zaria last weekend between members of the Sheikh Ibraheem Yaquob El Zakzaky Islamic Movement of Nigeria sect and the military ended with several fatalities is no longer news. But with the propaganda machine of the two parties to the crisis into overdrive, it is difficult to ascertain what is true or false, especially regarding the number of casualties. It is therefore my hope that the authorities at the federal level as well as in Kaduna State will move in quickly not only to investigate what happened and why but also to ensure that there is no escalation. It is one problem we do not need in that part of the country at a time we are fighting the Boko Haram insurgency in the North-east.

The background to the crisis started with the Iranian Revolution of 1979 which found some adherents in Nigeria with El-Zakzaky, then an undergraduate at Ahmadu Bello University (ABU) Zaria, the leading light. With Iran seeking to expand its global reach by spreading the Shiites doctrine, El-Zakzaky would become their focal point in Nigeria and by virtue of his intellect and charisma, he was able to build the sect that has been growing very rapidly in recent years.

Organised into hierarchies with welfare schemes that include feeding centres, free medical services, capacity-building structures etc., the well-funded sect has been able to recruit many young people into its fold in Kaduna, Kano and Sokoto states. And Sheikh El-Zakzaky sees himself in the mould of the late Ayatollah Khomeiniwho became the supreme religious leader of the Islamic Republic of Iran, following many years of resistance to Shah Pahlaviwhose government his revolution helped to topple.

However, the immediate cause of the tragedy of last weekend, according to very informed sources, can be traced to a recent disagreement between the Sufi brotherhoods and the Shi’itesin a village called Ungwan Gabari near Zaria. The crisis in the village was said to have boiled over last Friday when, a pre-sermon preaching usually conceded to the Shia in the mosque they were attending, was denied. The altercation later degenerated into violence with five people killed.

Ordinarily, the security agencies should have picked up these rumblings and intervene immediately by reaching out to those who have the capacity to mediate in such matters. From available reports, nothing was done. The following day, the Shi’ites met at their sprawling Husainiyyah headquarters in Zaria (reportedly bought from the British American Tobacco through third parties), to change the flag on the dome of the building in commemoration of the beginning of the month of Rabiul -Auwal (the birth month of Prophet Muhammad) and also to pray for those who died the previous day in Gabari. And as it was their usual practice, they blocked the major access road, turning all vehicles back.

Unfortunately, the Chief of Army Staff, Lt-General Tukur Buratai, was passing through the road on his way to pay a courtesy call on the Emir of Zazzau and to attend the Passing out Parade of 73 Regular Recruits Intake of the Nigerian Army. His entourage made entreaties to the sect members to allow the convoy to pass but they would not budge. But the soldiers reportedly insisted that they would not allow their Chief to be humiliated by ordinary citizens who, in the circumstance, were actually breaking the law.

“The sect members, numbering hundreds, carrying dangerous weapons, barricaded the roads with bonfires, heavy stones and tyres. They refused all entreaties to disperse and then started firing and pelting the convoy with dangerous objects. The barricade was obviously a deliberate attempt to assassinate the Chief of Army Staff and members of his entourage while on a legitimate official assignment as Special Guest of Honour at the passing out parade, which has earlier been widely publicised,” explained Col. Sani Usman, Director of Army Public Relations (DAPR), in a statement.

Whatever we choose to believe in the allegations and counter allegations being traded between the army and members of the sect, what is not in dispute is that military troops were deployed to deal with the situation, maximum force was used, the sect headquarters became a battleground and some yet-to-be-specified number of people died. And it speaks volumes that the only reaction from President Muhammadu Buhari so far is a terse text message credited to his spokesman, Mr. Femi Adesina by Daily Trust newspaper: “It is a military affair”.

Yet the Iranian authorities have not only been speaking on the issue, they have demonstrated their interest very clearly. First, our ambassador in their country was invited to their foreign ministry where he was told, according to the Islamic Republic News Agency (IRNA)–the Iranian official news agency, that the Nigerian government should immediately shed light on the incident, treat the injured, and compensate for damages. Then the Iranian Foreign Minister, Mohammad Javad Zarif telephoned his Nigerian counterpart, Mr. Geoffrey Onyeama to demand “immediate and serious action to prevent violence” against Shiites in Nigeria.

As if those interventions were not enough, the Iranian president, Mr. Hassan Rouhani, again according to the IRNA, held a telephone conversation with President Buhari. “We expect the Nigerian government to relieve the entire bereaved families and injured victims of that disaster and to issue strict orders to prevent the occurrence of any further unrests,” the Iranian president was reported to have told our president while announcing Iran’s readiness to dispatch any special assistance, such as medical and rescue and relief teams to assist the victims of the clash. All the reports about our government on the issue have all come from the Iranian official news agency.

While that reveal the international nature of the crisis and the interest of Iran in the issue, pertinent questions arise on this recurring challenge: Should the Shi’ites members who hold annual processions be allowed to turn it into an everyday affair, in which they would block major roads within Zaria and along the highway leading to other towns? Should they be allowed to keep a trained militia even if, as they claim (which the military dispute), those men bear no arms? Did the military deploy disproportionate force in dealing with what they considered a serious affront to the State and their boss last Saturday?

The authorities must unravel the answers to those foregoing questions and many more that arise as a result of this tragedy. But there are also issues that should not be glossed over. The Sheikh and his adherents, evidently, do not respect the authority of the State since police personnel are never requested for, nor ever allowed to, provide security for their events. It is also common knowledge that the Sheikh is driven around Zaria like he owns the town, with major access roads usually blocked by sect members for his convoy, whenever on the move. That perhaps explains the several brushes he has had with the law, dating back to the military era in the eighties and nineties.

Considering that the sect is deemed notorious for its lack of recognition of and utter contempt for constituted authority, one can argue that the State had to assert itself. But does that have to be at the cost of human lives? In any case, I understand thatmany of the sect members are actually educated, and they include lecturers at Ahmadu Bello University (ABU), which presupposes that these are reasonable people that can be engaged. Have they ever been engaged by the authorities?

From accounts of what has transpired so far, including from their testimonies and petition to the National Human Rights Commission (NHRC), it is evident that the military could have handled the situation better. It should worry us that it is almost becoming standard practice for the army to resort to brute force whenever they feel their authority is being challenged, sometimes even by other security outfits and the police. The message here is simple: those who carry arms on behalf of the State cannot shun the instrumentality of the law in the settlement of dispute however injured they may feel about the situation.

Indeed, it is interesting that in all the statements released by the Army so far on this tragedy, they keep emphasising that, “nobody should take the law unto his own hands”, in apparent reference to the blockage of a highway that triggered the whole crisis. What the military authorities apparently forget is that drafting troops to confront the sect members after the Army Chief had, quite rightly, forced his way through the blocked road was also an act of resorting to self-help and in this instance, a very bloody one at that.

I therefore support the call for a proper investigation into what happened in Zaria so that lessons can be learnt. Nevertheless, it should concern all of us that we seem to be running a system that demands little or no accountability of powerful people in our midst, especially those who come under the guise of religion. That then explains why nothing has come of the efforts to arraign in court a Pastor in Lagos under whose watch more than a hundred people, including foreign nationals, died.And just last week, the Lagos State government sealed off the premises of some churches and mosques that constitute a nuisance to other people aside contravening the law since they were residential apartments converted to places of worship. Should we continue to condone lawlessness in the name of religion?

No doubt, religion is a force of good. But it can also be a force of evil, depending on the disposition of the person conveying the message of faith. That is why the authorities need to keep close watch on our clerics (of both Islam and Christianity), many of who retain security outfits whose men bear arms. When some of these people move on the roads in their long convoys of exotic cars, woe betide anybody who tries to overtake them. Yet if we allow everybody to carve an empire for himself, then we are no better than a jungle.

Uncontrolled faith has a way of degenerating into mob rule irrespective of the religion in question. And mobs by their very nature are irrational. Yet armed soldiers on an assignment to protect their Chief cannot understand the niceties of freedom of assembly or procession, especially by those who also refuse to appreciate the fact that their rights end where those of other law abiding citizens begin.

All said, while tragedy in matters of faith is often spontaneous, Zaria is too strategic a city to be exposed to the danger of perpetual turmoil and we do not need to open another front for insurgency in the North-west. Therefore, the path to the restoration of peace lies in a conscious de-escalation of the current crisis. This may require granting freedom to the Sheikh and members of his family in protective custody while finding a formula for constructively engaging the sect without compromising on national security.

Reuben Abati: Why History Should Be Taught