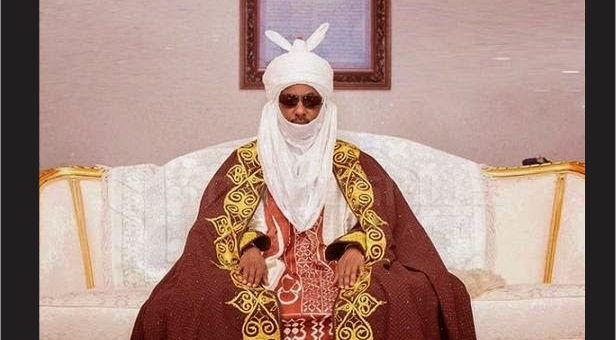 Sanusi Muhammad II, the emir of Kano, says jailing Diezani Alison-Madueke for sharp practices at the Nigerian National Petroleum Corporation (NNPC) will send a signal to the corrupt in Nigeria.

The former governor of the Central Bank of Nigeria (CBN) also said Nigeria was losing about N200bn on a monthly basis, under the administration of former president Goodluck Jonathan.

Speaking on the operations of the NNPC under the leadership of the Alison-Madueke, Sanusi said corruption prevailed in the NNPC and allowed a small group of people siphon the treasure of the Nigerian people.

Nick Schifrin, who asked Sanusi about the former OPEC president’s dealings at the NNPC said US and British officials say Alison-Madueke “might have personally overseen the stealing of $6bn (N1.2tr). The most common method is awarding oil contracts to companies owned by friends.”

Sanusi told American news channel, PBS News hour: “Basically, all it (corruption) does is allow a group of people, who themselves don’t have any kind of operating background, to pay $50m for access to the crude oil in blocs, valued at over $2bn and they just take the crude oil, ship it out and don’t return the money and there is no trace of where the money has gone.

“Someone gets a contract to lift crude from the terminals to the refineries and in between, that crude is stolen; it is stolen on the high sea.

“If she (Diezani) goes to court and is jailed for example, it sends a signal; I think that there is a day of reckoning.”

Sanusi said corruption in Nigeria is the worst type of corruption, emphasizing that stealing is corruption.

“In Nigeria, there is no accountability at all and that is why I think Nigeria’s corruption is worse than corruption in most parts of the world. It is the worst type of corruption. It’s stealing

“Frankly, I think a billion dollars under Jonathan a month was about what we were losing.”