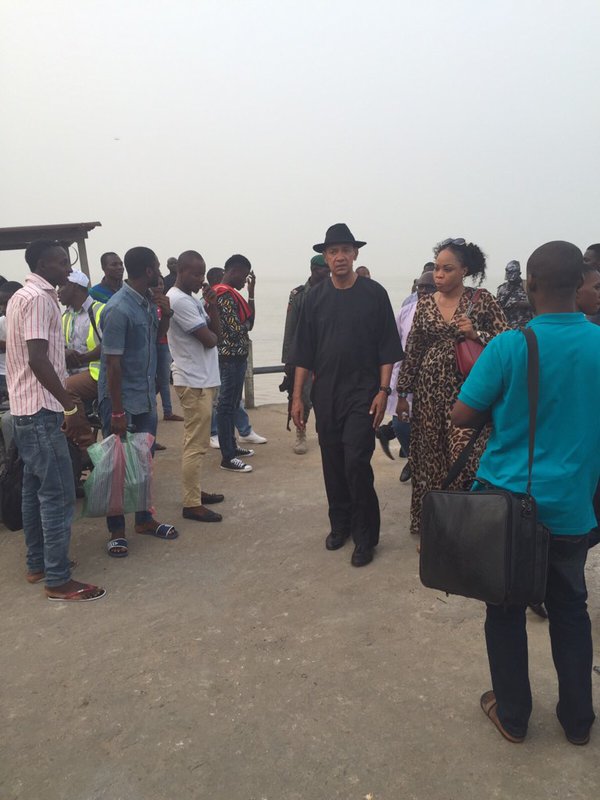 Senator representing Bayelsa East and philanthropist Mr. Ben Murray Bruce of the Peoples Democratic Party, PDP, has fulfilled his pledge to donate half of his wardrobe allowance to widows in his community at Akasa, Bayelsa state.

Each Nigerian senator is entitled to a wardrobe allowance of N506, 600 per annum according to the Chairman of Revenue Mobilization Allocation and Fiscal Commission, Engr. Elias Mbam.

I fulfilled my vow to give half my wardrobe allowance to widows of my Constituency today. #BenBrucekeepspromises! pic.twitter.com/ay4JwDp9NU

If my people ride okada, I will ride it with them. If they hunger I will be hungry with them. #BenBrucekeepspromises pic.twitter.com/mD6Wx2izCE

“I fulfilled my vow to give half my wardrobe allowance to widows of my Constituency today. #BenBrucekeepspromises!,” he posted on his Twitter handle, @benmurraybruce

Recall that earlier this year, the media mogul pledged to donate his wardrobe allowance to the unpaid workers in Osun state and widows in his community.

“I, Ben Murray Bruce, will not sit down idly, while my fellow citizens die because salaries have not been paid.

As a first step, I am immediately donating my wardrobe allowance to unpaid workers in Osun state and widows in my Constituency,” he said

He added that he will publicly handover his allowance to the chairman of the Nigeria Labour Congress, NLC IN Osun state and the head of widows association in Akasa.

“We are starting in Osun, but we will not end there. I will do as much to help workers who’ve not been paid in other states. As soon as my wardrobe allowance is paid, I will divide it into two. Half will be publicly given to the NLC Chairman Osun.

The other half will be publicly given to the head of widows association in my community of Akasa.,” he added while enjoining other Nigerians to donate to the workers in Osun and other states of the country, facing similar crisis.

Just In: “Declaring Bello Who Scored Only 6885 Votes Kogi Governor-Elect A Waste of Time”- Says PDP …..