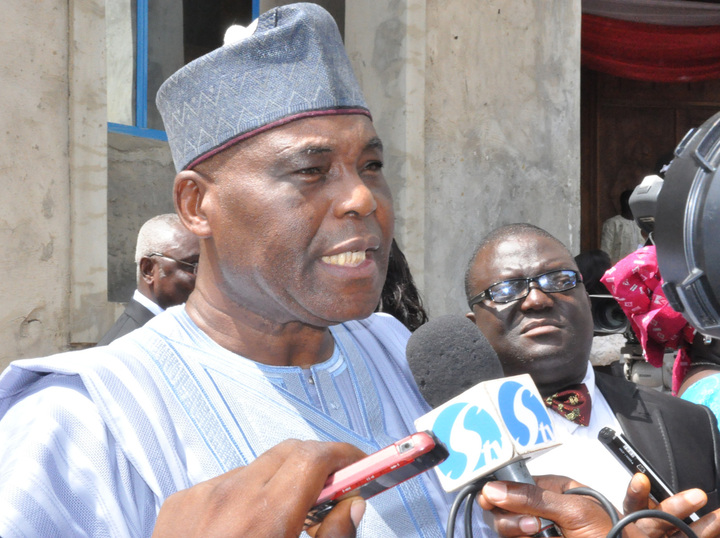 Mike Ozekhome, attorney to embattled Raymond Dokpesi, has said he was not aware his client received money from Sambo Dasuki.

The EFCC grilled Dopkesi Tuesday for  allegedly receiving N2.1 billion from the Dasuki’s office with no apparent reason for the payment.

Ozekhome also said reports that  Dokpesi was  not arrested but went on his own to the EFCC after receiving a call from its chairman.

“I am not aware the chief collected any money,” he said, referring to Mr. Dokpesi.

“The chief called me earlier in the afternoon to say he received a call from the chairman of the EFCC wanting to see him and I sent one of my lawyers to accompany him. He was not arrested by any group of operatives,” he said.

Ozekhome said prior to Tuesday’s invitation of Dokpesi, there was no formal communication from the EFCC to him.

“What I know is that the EFCC wrote to Daar Holdings asking for a list of directors and whether it has done any business or contract with the office of the NSA in the past and how much was involved.

“We wrote them a reply to say Daar did not do any contract with the office of the NSA and we are ready to give them all the information they need,” he said.