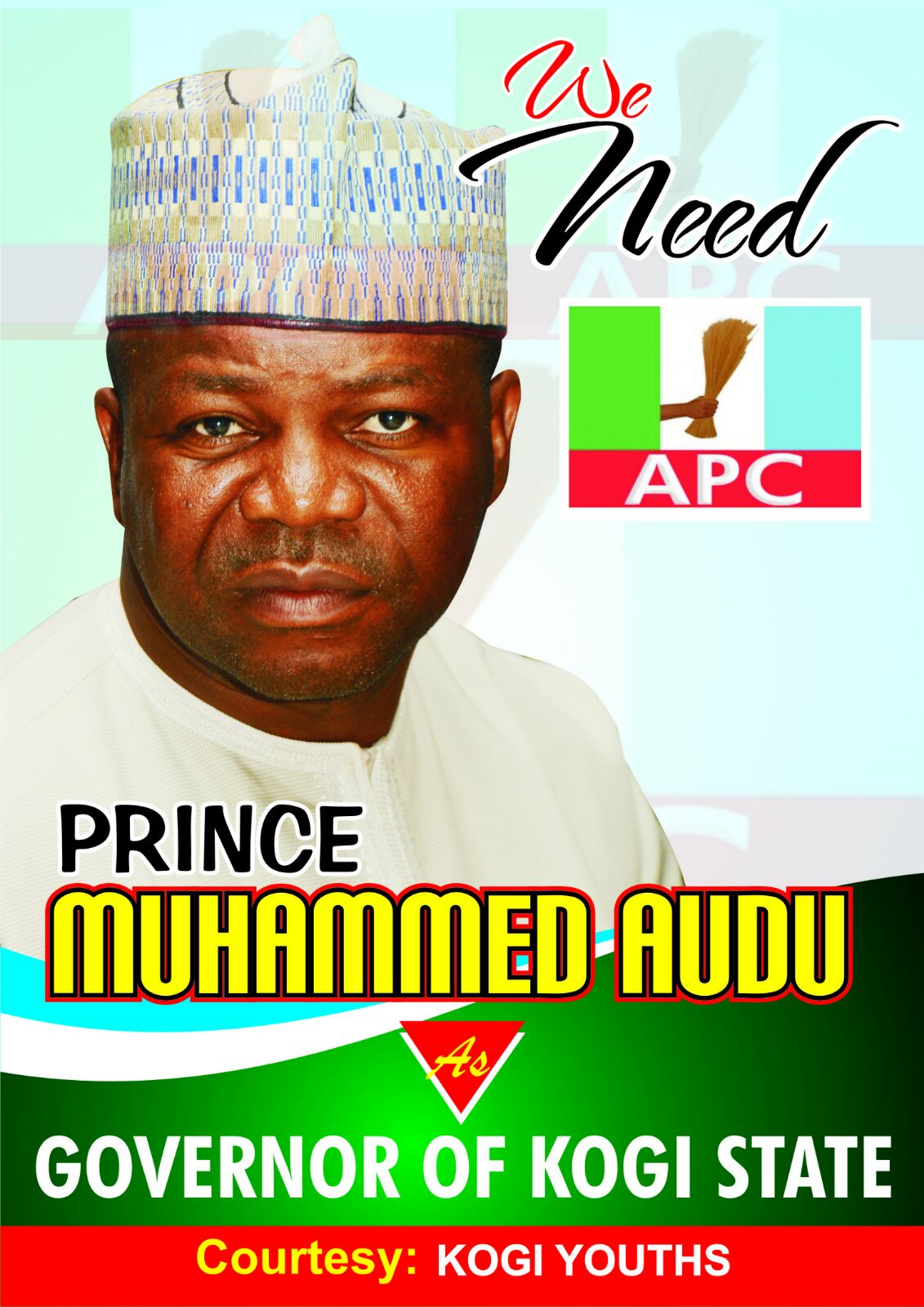 The drama in the camp of  the All Progressives Congress continues  as another flank has rejected calls for  Mohammed Audu, or the first runner-up in the party’s governorship primaries, Yahaya Bello, to be given the ticket.

There had been calls by eminent Nigerians, including a former Governor of Abia State, Dr. Orji Uzor Kalu, and APC lawmakers in the state house of assembly for the party to hand the ticket to Audu’s son, Mohammed.

Audu’s followers at a press conference in the Kogi State capital, Lokoja, yesterday said he specifically told them to support his running mate, James Faleke, if he failed to make it. Head of Media, Prince Abubakar Audu/Faleke Campaign Organisation, Dr. Tom Ohikere, said Audu issued the instruction on his death bed. He said Audu believed that Faleke was best suited to carry on with his vision and warned against any attempt to impose a candidate on the state chapter.

Ohikere also accused President Muhammadu Buhari and INEC of planning to foist a Muslim candidate (Bello) on the state chapter. He also alleged that some powerful forces prevailed on INEC to declare the election inconclusive after they learnt of Audu’s death on Sunday morning.

According to Ohikere, the presidency and APC leadership cannot claim to be unaware of the provisions of the law, whereby a running mate to a deceased candidate in an ongoing election steps in as the party’s flag bearer.
“But it has been a grand conspiracy between the party leadership and the Presidency to ensure that a Muslim is used as a replacement to late Prince Abubakar Audu, who died on November 22.

The state will not only catch fire, but the late Prince Audu will rise from the grave and unleash terror on anyone involved in this conspiracy. “Let me open up to you now. Our political mentor and father, late Prince Audu on his death bed, gave instructions to us (his followers), that should he not make it, the baton must be transferred to his running mate, Faleke, whom he (Audu), said is capable of carrying on with his vision. “I want to categorically tell you that the party/executive’s conspiracy started when they heard that Prince Audu was dead.

In an ulterior move to stop a non-Muslim (Faleke), from stepping in, the INEC returning officer was quickly directed to declare the result inconclusive,” he stated.

Audu’s camp also disagreed with the Attorney- General of the Federation and Minister of Justice, Abubakar Malami, on his position in respect of the crisis. The AGF had at a conference in Abuja advised APC to present a fresh candidate to pick up the mantle.Ohikere further advised the Presidency and APC’s national leadership to, for the sake of peace and unity the state is currently enjoying, suspend moves capable of undermining the provisions of the law on “selfish ground.” He also accused Bello of parading himself as the new candidate on the basis of his closeness to Buhari.