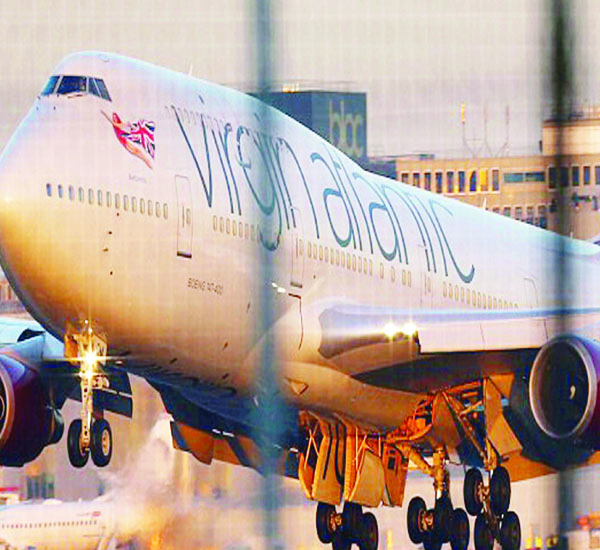 Confusion enveloped the aviation sector on Saturday when news filtered in that British flag carrier, Virgin Atlantic Airways is pulling out of the Nigerian route .

Though the airline is yet to officially announce its pull out, it has issued letters of sack to its Nigerian cabin crew .

The Nation Newspaper reports that a source close the regulatory authority hinted that the British carrier has also shut down its call centre in the Ikeja axis of the metropolis .

The exit from the Nigerian market, a source hinted may be connected with disappointment by the airline management over promises by government on Its operations in the country .

The source said :” Virgin Atlantic Airways has laid off all their Nigerian cabin crew. They were only given three weeks notice and no severance package regardless of their length of service will be paid.

“The air-hostesses they sacked were about 20 and last year, they closed down their Nigerian call centre and let go of all the Nigerian staff. ”
This is not the first time the airline is disappointed over doing business in Nigeria.

After the liquidation of Nigeria Airways in 2003, government invited the chairman of Virgin Atlantic Airways, Sir Richard Branson to float a domestic carrier in the country.

Within a few months, Virgin Nigeria Airways was set up with the British carrier as its technical partner .

After six years, Virgin Atlantic Airways pulled out as technical partner to the Nigerian arm of the business.

Following the sour relationship, Branson in 2012 said he was very weary about doing business in Nigeria.

Meanwhile, aviation unions have vowed to ensure that the entitlements of Nigerian cabin crew are paid in line with relevant provisions .

Naira In A Free Fall Depreciates At The Parallel Market