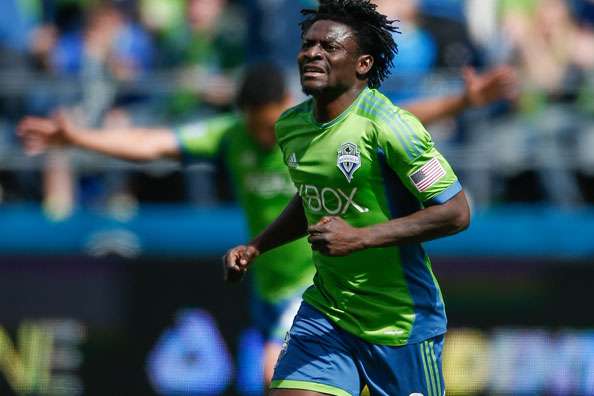 The two –legged fixture is slated to take place on the 13th and 17 of next month with the first leg to be played in Lobamba in Swaziland while the return leg will be at the Adokiye Amiesiamaka Stadium in Port Harcourt.

Martins, who last featured for the national team two years ago, has been in great form in the Major League Soccer, notching up 17 goals and 13 assists, setting the club’s single-season marks for most goals and most points, and tying the assist record.

The list also includes six home–based professionals, who all played notable roles in Nigeria’s qualification for the 4th African Nations Championship at the expense of Burkina Faso, are in the 23 –man squad.

Oliseh has directed that all the players arrive at the Bolton White Apartments, Abuja on Sunday, November 8 as training commences same day by 7pm.

NFF Pays $2000 Each To Super Eagles Players For Chan Qualification