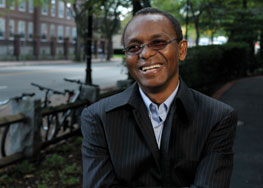 Kaduna State Governor, Nasir El-Rufai, has suspended the interim Chairman of Kaduna North Local Government Council, Alhaji Ahmed Kurfi, for his alleged unauthorised involvement in the ongoing land recovery exercise within the state capital, without the approval of the Governor.

The suspension was contained in a letter addressed to the embattled Chairman and signed by the Secretary to the State Government (SSG), Mr Balarabe Lawal, on Friday.

A statement issued by the Senior Special Assistant to the Governor on Media and Publicity, Samuel Aruwan, explained that the suspension of the Chairman was taken, to enable the government to thoroughly investigate his involvement in the unauthorized demolition of private buildings within the state capital, aimed at recovering lands belonging to the state government.

The statement also said that “when the government decided to recover lands belonging to schools, hospitals and other public institutions, it set out clear guidelines which were issued to all relevant agencies and the general public.

“These guidelines made mandatory the written approval of the Governor before any action for land recovery is initiated, aside from clearly stating that local government councils have no role in the land recovery process beyond gathering and forwarding information to the appropriate agencies.

“But recent actions undertaken within Kaduna North Local Government Council, under the direction of the interim Chairman, did not comply with the guidelines for the land recovery exercise.

“Therefore, the state government has directed the immediate suspension of the interim Chairman. Investigations will be conducted to establish the full extent of culpability of Kaduna North Local Government officials in the matter,” the statement read.