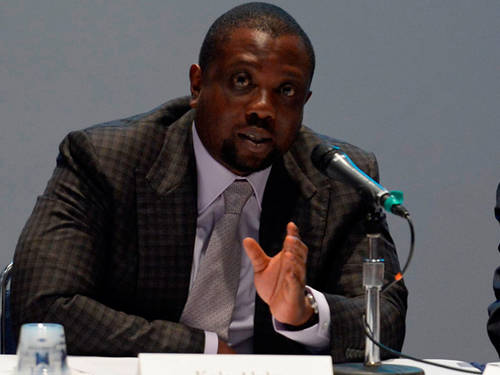 The Attorney General’s Office in Switzerland that the United Kingdom has requested Mutual Legal Assistance from Swiss authorities for the detention of Kola Aluko.

Kola Aluko has holed himself up in his regal estate in southern Switzerland after learning of Alison-Madueke’s arrest in the United Kingdom. Alison-Madueke and four others are confirmed to have been arrested by agents attached to the National Crime Agency (NCA) in the UK for bribery and other financial crimes.

Saharareporters is reporting that Mr. Aluko is the alleged money launderer for the former Minister of Petroleum Resources, Diezani Alison-Madueke, and ex-President Goodluck Jonathan.

Nathalie Guth of the Office of the Attorney General of Switzerland in an email said, “I can give you the additional information, that the OAG has received a request for mutual assistance from England.” Mrs. Guth bolded ‘from England’ to emphasize that it was the UK, not Nigeria, requesting Mr. Aluko’s detention.

This communication from the Swiss Attorney General’s Office contradicts reports earlier from Reuters news that it was Nigeria which had requested the assistance from Switzerland.

The request to the office of the Swiss Attorney General was necessitated by rumors earlier today that Mr. Aluko had been arrested by Swiss authorities.