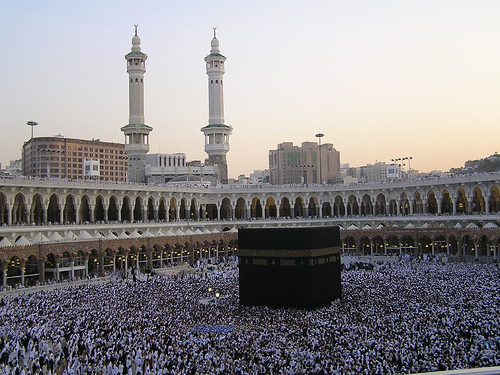 Each of the 5,710 pilgrim who came for the 2015 Hajj exercise under Kaduna State got 50 Saudi Riyals, which is equivalent to N3,500 in the Sallah largesse.

According to the Amirul Hajj, the Governor felicitates with the pilgrims for successful completion of the hajj rituals and wish them acceptable Hajj.

“The Governor has asked me to greet you happy Sallah and congratulate you for successful completion of the hajj exercise. He also prayed that Almighty Allah will accept your hajj,” the Emir said.

He however urged the pilgrims to desist from spreading rumour concerning the casualties of the last Thursday’s stampede at Mina and wait for concern authorities to confirm the casualties and get across to the families of the victims.