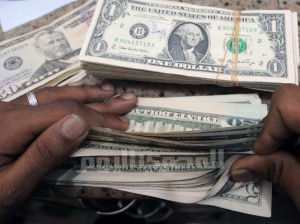 The six suspects were arrested in the hotel while they were busy swallowing the large sums of money with the intention of exporting $156,000 to Brazil.

Speaking on the arrest, the chairman of NDLEA, Ahmadu Giade, said the six suspected members of the group, including a Bureau de Change operator, had been apprehended in connection with swallowing $156,000.

Alhaji Giade further pointed out that the agency would track down suspected drug traffickers and currency launderers in a bid to rid the society of crimes.

According to him, operators of bureau de change who fail to work within the confines of the law establishing them shall be severely sanctioned.