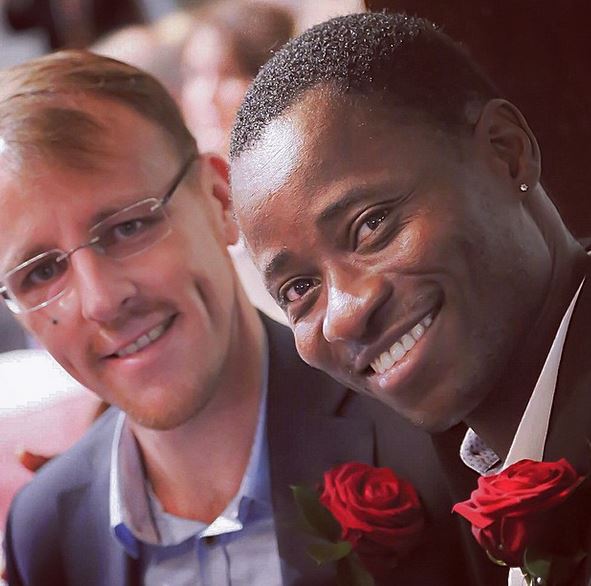 Bisi Alimi, born Ademola Iyandade Ojo Kazeem Alimi, is a Nigerian foremost gay rights activist, public speaker, blog writer and HIV/LGBT advocate who gained international attention when he became the first Nigerian to come out of the closet on television.

Bisi who since his declaration has been on the spotlight is engaged to Australian boo and the two are to get married next year according to Mr Alimi in a tweet announcing the news.

While in Australia, my boyfriend and I got engaged and we will be getting married next year. pic.twitter.com/D6rudfq1Av