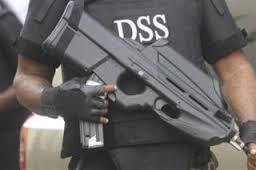 The Department of State Services has commenced the screening of ministerial nominees sent to it by President Muhammadu Buhari.

The PUNCH Newspaper is reporting that no fewer than 20 nominees had been vetted by the DSS operatives since the exercise started.

The President was said to have sent to the agency a total of 36 names of would be ministers for security checks.

The identities of the nominees were top secret as of Wednesday. The President had indicated in a chat with journalists in Accra, Ghana, on Monday that he would keep his promise of announcing names of his ministers this month.

Investigations showed that the screening process by the DSS involved conducting background checks on the careers of the nominees and operatives were also checking for records of the nominees with anti-graft and security agencies.

One of our correspondents gathered that people on the list included mainly those who worked with Buhari when he was in the military and during his stint as the chairman of the defunct Petroleum Trust Fund.

The DSS could not be reached for comment on Wednesday as it had yet to appoint a spokesperson.

When asked if the Presidency had directed security agencies to vet ministerial nominees, the Special Adviser (Media) to the President, Femi Adesina, simply replied via a text message, “Security screening is naturally a behind-the-scenes matter, thanks.”

Top ranking members of the governing All Progressives Congress have also refrained from speaking about ministerial appointment by Buhari.

One of the APC leaders, who asked not to be named, said, “The truth is that the President is someone who believes in due process.”

“His choice of Daura (Lawal Daura), a member of the old guard, as the DG DSS should tell you something; even those contacted for screening know that any leak of information traced to them could ruin their chances,” the source added.

The National Chairman of the party, Chief John Oyegun, has been out of Abuja for almost one week.

The ministerial list is yet to be forwarded to the Senate as it is still undergoing security screening.

The President, in an interview he granted the Hausa Service of the BBC on Tuesday, had given a hint about what influenced the appointments he had so far.

He had said, “If I choose people who I know quite well in my political party, people whom we came (together) all the way right from the All Paeoples Party, Congress for Progressive Change and the APC and we have remained together through good and trying times, what then is the reward for such dedication and suffering? They did not defect because of positions; they did not involve themselves in the pursuit of personal gains.”