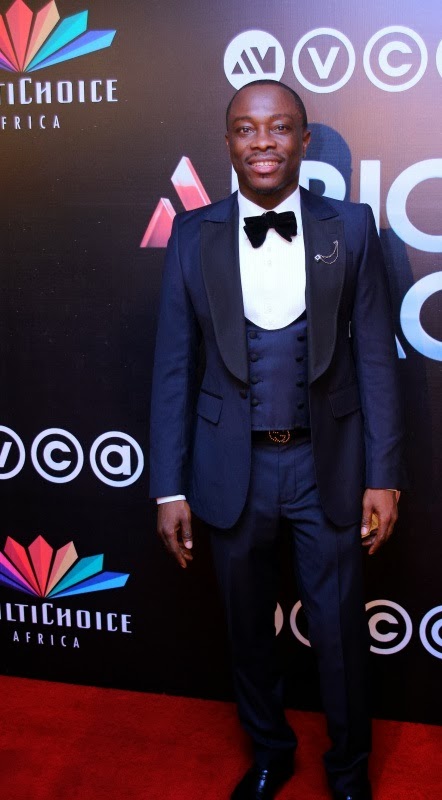 The ‘Crack Ya Ribs’ founder recounted the traumatic experience that almost ended his life before his brain surgery four months ago.

“Jumping all the hurdles and challenges of life, so many of us don’t really know what is going on inside. Nobody carries signboard of ill-health. So, I never realized what was happening, I just noticed that at some point, I was loosing weight.
Initially, I was working out trying to look shapely, because as soon as you clock 40 you begin to take some of those things seriously. I just noticed the over-work, stress and everything.

In Nigeria, we really don’t rest, we hustle and hustle, we just keep working but oyinbo (white men) will work for vacation and settle, you know, rest. But our own, we hustle and even when we die, we’re still working as ancestors through consultations (Laughs).”

He said he had been very busy at that period shooting his new TV series, when he started to have strange headaches.

“I just realised that once in a while, I would have headache, take the normal pain relievers and it will go down until I had a seizure and was rushed to the hospital. That was the beginning of the story, when I eventually regained consciousness, I lost all my memory and I couldn’t walk properly.

My wife and I had to go to Houston (USA), because we had to find out what was really happening to me. That was how through an MRI, it was discovered that I had tumours in my brain and an emergency surgery was advised. So, I thank God it went well and God has been perfecting my healing. Since April till now,

I’ve never really done anything as regards my career. I thank God. I am back and alive. God has been merciful, He gave me a second chance.”

The large tumour located at the back of his head that was already like the size of a golf ball, full-grown and very big, according to the comedian.

“But we thank God, it’s benign and now my medication is dropping it. By God’s grace, my memory is back. It’s not easy, it’s like a car knocking engine. I don’t pray that such thing should happen to my enemy.”

The comedian encouraged his colleagues in the entertainment industry to take their health issues more seriously by undertaking regular medical check-up and take things slow because “life has no duplicate”.

Agwu is currently recovering in the United States and would return to the country this month for his Crack Ya Ribs show coming up in Abuja in October.