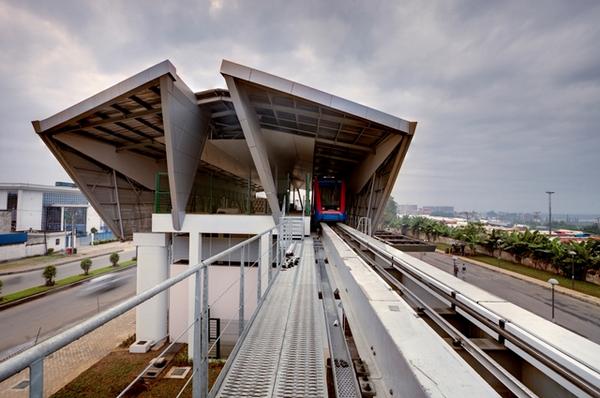 As the Judicial Commission of Inquiry set up by the Rivers State Government to probe the sale of valued assets of the state and other matters continued its sitting on Friday, the technical consultant to the state on the monorail project, Arcus Gibbs revealed that he advised former Governor Chibuike Amaechi against continuing with the project.

THISDAY Newspaper reports that the managing Director of Arcus Gibbs Nig Ltd, Wiero Viguezang, however said his company gave the advice only after collecting N22.9bn from the Rivers State Government since its services were enlisted in March 1, 2010.

Viguezang spoke when he appeared before the commission to explain the role played by his company in the monorail project being probed by the commission.

While being cross-examined by counsel to the commission, Dr. Zaccheus Adangor, Viguezang, stated that the monorail project was no longer tenable considering the shortfall in the state’s revenue and the inability of its original technical and equity partners, TSI Nig Ltd, headed by the former military administrator of Rivers State, Brig-Gen Anthony Ukpo (Rtd.), to fulfil its obligations to contribute 80 per cent of its equity holdings.

He disclosed that the state owes his company N1.1bn for its services.

He also said the company had in a letter to the Rivers State through the ministry of transport, in April, made a six-point recommendation to the Rivers State on how to unbundle the monorail project in such a way that the state government can salvage some financial benefits out of the N33.9bn so far invested in the project. The monorail project was originally estimated to cost about Euros2250m.

The technical partner had in its sixth point of recommendation suggested to the Rivers State Government to unbundle the monorail project and approach the manufacturers of the mechanical components and rail tracks in Germany and exploit the possibility of reselling components at a lower price to the manufacturers.

He said the company also advised the state government to consider the option of using the monorail facilities for other commercially viable purposes, mentioning the spaces between pillars and surrounding areas of the monorail project, stressing that the area between Azikiwe Road and the UTC axis could be put into very fruitful commercial purpose.

Viguezang also told the commission that his company and the state government had planned to unveil the monorail project last April specifically to mislead the people of Rivers State into thinking that the project, which has gulped N33.9bn, was still on course.

He admitted that his company wrote a memo to the commissioner for transport to arrange the unveiling of the project essentially for media coverage since the project was “technically uncompleted”.

According to Viguezang, “We actually wrote to the ministry of transport in January, to arrange for the governor to unveil the monorail project in April for the attention and coverage of the media based on the expectation of the people of the state.”

The managing director, however, stressed that “apart from the media coverage and public attention that it is expected to generate, the monorail was not technically and commercially ready. Only phase 1a within phase 1 of the project was ready. So, there was no way the public would have been able to use the monorail as at April when we asked the ministry of transport to unveil the project to the media”.

Viguezang admitted that the Rivers State government enlisted services of Arcus Gibbs at the cost of N600 million from March 1, 2010 to December 1, 2010, after the memorandum of understanding (MoU) with TSI collapsed because TSI could not raise revenue to fulfil the payment of its 80 per cent equity share capital.

Amaechi Reportedly Jets To London In Anger After SGF Appointment, How Wike’s Report To Buhari Nailed His Chances

President Buhari’s Appointment Is A ‘Glaring Hatred For Ndigbo’