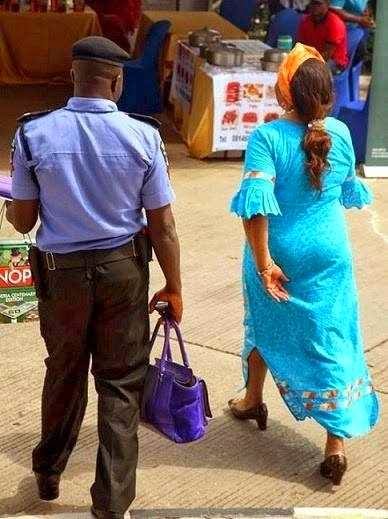 President Muhammadu Buhari has directed the Inspector-General of Police, Mr Solomon Arise to scale down the number of policemen attached to dignitaries.

Buhari gave the directives at a meeting with officials of the Ministry of Police Affairs and the Police Service Commission at the Presidential Villa, Abuja yesterday.

In August 2009 the then Inspector General of Police Ogbonna Onovo had said about 100, 000 policemen were illegally serving as guards to individuals who were not entitled to such privileges.

In line with Federal Executive Council directive issued at the time, Onovo ordered all such policemen to report back to their police formations within seven days or risk dismissal.

He announced that the force then had a total of 377,000 men and officers adding that about one-third of the entire number was assigned to individuals as orderlies. However, President Buhari yesterday asked the police boss to redeploy such policemen to regular duties.

Presidential spokesman, Mr Femi Adesina said in a statement that Buhari had decried the stagnation of policemen on one rank for many years.

He said the President also asked the commission to review the current police structure and recommend ways to solve the problem in order to boost the morale of serving policemen.

The President warned that he would not tolerate any irregularities or extortion of money from unemployed Nigerians in the coming recruitment into the police.

Buhari last week approved the recruitment of 10,000 men into the force.

The President warned that it would no longer be acceptable for applicants to be coerced to offer bribes before they were recruited.
He said those in charge of recruitment and training must be above board and eschew every form of extortion and underhand dealing.
“You must ensure that the recruitment process is transparent. Those who will conduct the recruitment exercise must be above board. It should not be heard that they receive gratification or extort money from those who want to enlist in the police,” Buhari said.

Permanent Secretary of the Ministry of Police Affairs Dr James Obiegbu, had earlier said that inadequate police personnel, dwindling finances and non-rehabilitation of training schools were some of the challenges facing the force.

Chairman Police Service Commission Mike Okiro said the force has 305,579 servicemen which he added was inadequate for effective policing.