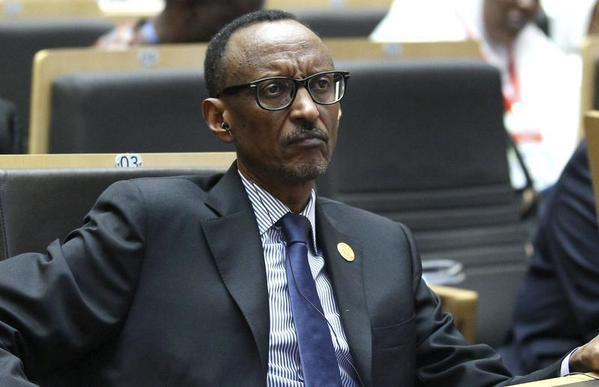 Lawmakers began a national tour last month to gather opinions after both houses of parliament voted in support of constitutional change, backing a petition signed by millions of citizens.

Over 3.7 million people – over 60% of voters – signed the petition calling for a change to Article 101 of the constitution, which limits the president to two terms, according to Rwandan media.

On Monday, lawmakers submitted their report from the consultations to parliament.

“Of millions of Rwandans consulted by lawmakers on the need to amend Article 101 of the constitution in the past few weeks, only 10 were against the idea,” the New Times newspaper reported on Tuesday.

Any change to the constitution would require a vote in support by at least three-quarters of both parliamentary houses, followed by a national referendum.

Kagame, 57, has been at the helm of Rwandan politics since 1994, when an offensive by his Rwandan Patriotic Front (RPF) rebels put an end to a genocide by Hutu extremists that left an estimated 800 000 people dead, most of whom were Tutsis.

As minister of defence and then vice president, Kagame was widely seen as the power behind the throne even before he took the presidency in 2003, winning 95% of the vote. He was re-elected in 2010 with a similarly resounding mandate. The next elections are due in 2017.

From the trauma of genocide, he has been painted as a guarantor of stability and economic development, earning praise from donors – and his supporters say many in Rwanda view the prospect of his departure as a step into the unknown.

Critics say however that he has silenced the opposition and the media.

Kagame says the decision on a third term is for the “Rwandan people”.

The move comes amid a wider controversy in Africa over efforts by leaders to change constitutions in order to stay in office.

Neighbouring Burundi was plunged into turmoil in April when President Pierre Nkurunziza launched his successful bid for a third term in office, a move branded by opponents as unconstitutional and a violation of a peace deal that ended 13 years of civil war.

N/Korea: Trump Will Be Forced From Office – Assange

Ghaddafi & Eight Others Sentenced To Death