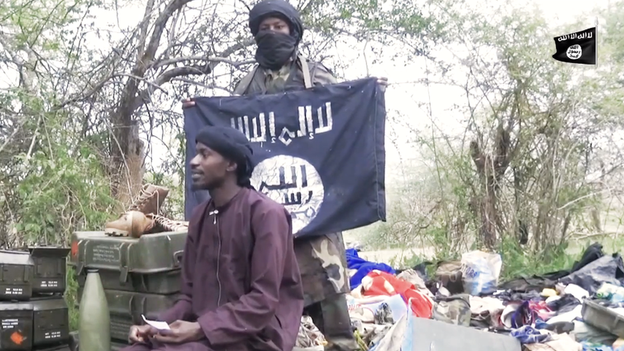 The Boko Haram terrorist group could be beneficiaries of the money made from crude oil theft in Nigeria, members of the United States Congress said on Tuesday.

At a meeting with the Bring Back Our Girls group at the U.S. Embassy in Abuja, the Congressmen urged the Nigerian government to curb the flow of the movement of such monies.

Channels TV reports that they also stressed the need for the National Assembly to heighten talks on the Boko Haram insurgency and rescue of the Chibok girls.

The dogged Bring Back Our Girls group articulated their stance, backed with a renewed solidarity by the U.S. Congress at the Embassy, something they were hopeful would yield result.

As they sang their usual chant, they called for more efforts to rescue the over 200 girls abducted on April 14, 2014 by members of the Boko Haram sect terrorising communities in Nigeria’s north-east.

The Congressmen had held talks with President Muhammadu Buhari, the Nigerian military and other government officials on regional security, counter-terrorism efforts and the Boko Haram terrorist group.

At the end of their visit, a press conference was held and the Head of Delegation and a member of the Judicial Committee, U.S. Congress, Issa Darrel, clearly spelt out their thoughts on funding of the Hoko Haram activities, saying that the terrorist group could have benefited from the spoils of crude oil theft in Nigeria’s south-south region.

The U.S. pledged greater technical support towards curbing insurgency as well as rescuing the Chibok girls.

They also encouraged the National Assembly to heighten talks on security issues.

The visit was another defining moment for the Bring Back Our Girls group who now pin their hopes on the renewed collaboration between the two countries.

A co-convener of the group, Hadiza Bala-Usman, expressed optimism that the support from the U.S. would help in securing the girls’ rescue.

Nigeria has reached the critical point of her insecurity challenge and now looks forward to interventions like this to carve out a new sense of direction in the battle.