Seun Kuti (32), one of the sons of Afrobeat legend Fela Anikulapo-Kuti has added yet another tattoo this time honouring the memory of his late mum. 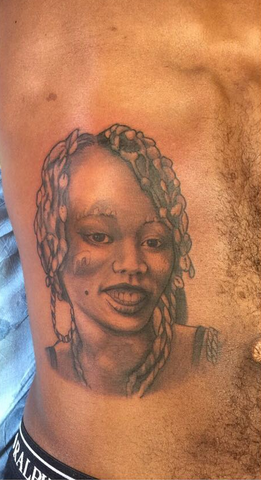 The father of one just got a huge tattoo on his mid-section of his late mother’s face. Seun who took over his dad’s band Egypt 80 is the only child of his mother, Fehintola, and the second-to-last child of Fela. 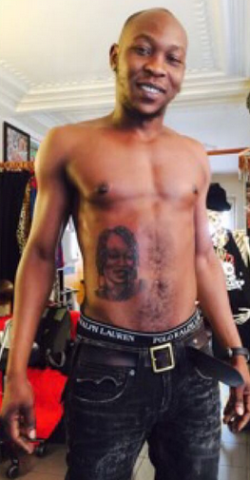 His mother was one Fela’s dancers and was rumoured to be one of his twenty seven wives.

Sometime in April, he debuted a tattoo honouring his late dad, inking the words ‘Fela Lives’ on his back. 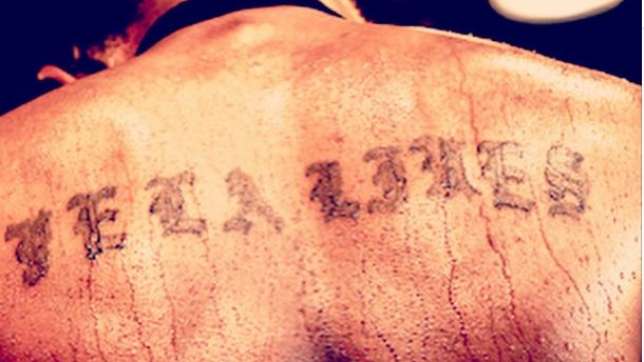