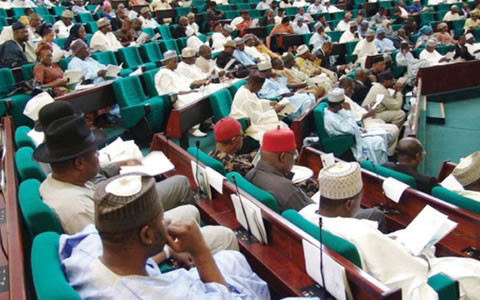 The ruling All Progressives Congress (APC) is not ready to apply federal character principle in its appointment of principal officers in the National Assembly, a House of Representatives member, Victor Nwokolo, has alleged.

“The APC appears to be a party that does not believe in federal character because from what we understand that is going on today, the truth is far from what is happening. The South West has deputy speaker. But the APC is now saying some zones cannot have anything which will run contrary to the federal character,” Rep Nwokolo said in an interview with newsmen in Abuja.

The lawmaker, who said he had no apology for being a pro-Dogara legislator, advised that the APC members must go back to the drawing board and “do the appropriate thing” if they must sustain their hold on power at the centre.

Rep Nwokolo, who is a Peoples Democratic Party (PDP) member, also claimed that the leadership tussle in the National Assembly was as a result of a struggle for the soul of Nigeria ahead of 2019.

“I think it all borders on the presidency of 2019 because most of the APC members have been speculating that President [Muhammadu] Buhari is not likely to run for the position. So, what they are now thinking is that whoever has the control of National Assembly has automatic delegates or will have easy ride into the presidential primaries,” he noted.

However, he said “the internal crisis should be expected but as a party that has promised Nigerians change, they should have done better than they are doing if they believe sincerely in democracy.”