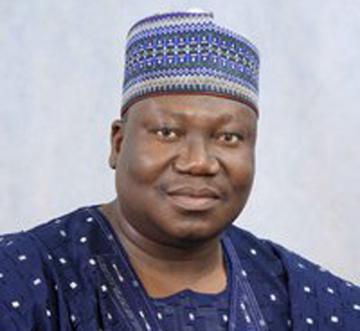 The Senate Unity Forum, a group which supported the aspiration of Senator Ahmad Lawan for the Senate presidency, on Wednesday rejected the attempt to share Senate committee chairmanship posts equally between senators of the All Progressives Congress (APC) and Peoples Democratic Party (PDP).

The 2015 Senate Standing Orders had been amended to include Order 3(2iv), which stipulates that committee chairmanship positions shall be distributed on the basis of the six geopolitical zones in the country in contrast with the tradition whereby senators of the opposition party automatically chaired only the Public Accounts and Ethics and Privileges Committees.

But rejecting the new rule, the Senate Unity Forum alleged yesterday that the provision was incorporated into the 2015 Senate Standing Orders with the intention of favouring the PDP caucus in the Senate, which it said helped Senator Bukola Saraki to become the Senate President.

Speaking on behalf of the group, Senator Kabiru Marafa (Zamfara Central) said that when PDP held the reins of power for 16 years, there was no provision authorising the sharing of Senate committee positions equally.

According to him, now that PDP had lost its firm grip on power, this provision was smuggled into the standing rules, a situation he described as unacceptable.

He called on well meaning Nigerians to show interest in the matter before it degenerates into a monumental crisis.

He said: “For 16 years of PDP leadership, the presiding officers and committee headship were skewed in favour of the zones that produced more PDP senators but suddenly, they introduced equality of zones in the distribution of these offices because they lost out. This is unacceptable to APC senators.

“Let me use this medium to call on all well meaning Nigerians, to as a matter of urgency, call on all the authorities concerned to commence investigation into this illegality before it overwhelms us as a nation.”

Marafa also accused the Nigeria Police Force of a slow approach to the investigation into alleged forgery of the standing rules and called on concerned minds to prevail on the police to unveil the culprits of the forgery.

He insisted that the Senate was inaugurated using a forged document, a situation he said would not be allowed to be swept under the carpet.

Marafa also alleged that the document was forged to sabotage the government of President Muhammadu Buhari and simultaneously generate bad blood among the senators.

“The problem is that the Senate was inaugurated using a forged document. Who forged that document? We can’t gloss over or sweep that criminality under the carpet. Nigeria is not a Banana Republic.

“The insertion of Order 3 (2 iv) & 3 (3e i-iiii) in the 2015 edition is a deliberate act perpetrated by fifth columnists operating within the National Assembly to sabotage the government of President Muhammadu Buhari.

“It was done to cause friction, disaffection and generate bad blood among senators from different zones and provoke confusion in the Senate with the sole aim of stagnating government business to give them time to perfect their agenda,” Marafa added.

Buhari Shuns Opposition PDP Governors, Leaves For The US With Only APC Delegation