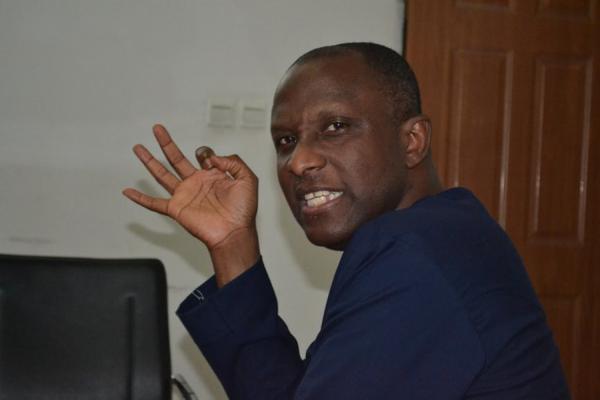 Former North American Bureau Chief of The Guardian, Laolu Akande, has resumed as the spokesman of the Vice President, Prof. Yemi Osinbajo.

Pastor Akande was in the Aso Villa on Monday as President Muhammadu Buhari and his V.P officially relocated to the seat of power.

Akande is regarded as the longest serving African correspondent at the United Nations, and the only Nigerian journalist so far to have interviewed a sitting American president in the White House when he interviewed former President George W. Bush. He has also exclusively interviewed American folk hero, General Colin Powell, billionaires like Microsoft founder Bill Gates and Donald Trump and several African leaders and presidents.

Pastor Akande started his journalism career as a Reporter in 1989 writing for the Guardian titles and later moved over to the founding team of The News Magazine in 1993, where he became that magazine’s Senior Writer. In 1995 he joined Nigerian Tribune titled first as Special Projects Editor and later became the Editor of Tribune on Saturday in 1997, before he relocated to the US in 1998.
In the US where he is also an adjunct college professor, Pastor Akande is the founder of Empowered Newswire, and has continuously reported about Nigerians and Nigerian issues especially in the US and Canada in the last 13 years.

He had earlier worked with leading American newspapers including the Philadelphia Inquirer, and New York Newsday. Also at the United Nations, he worked briefly as a Press Officer and later as Advocacy Consultant between 2002-2004.

He became a pastor in 2007 at the Redeemed Christian Church of God, Jesus Friends Assembly in Long Island, New York. Pastor Akande is Christian Association of Nigerian-Americans, CANAN’s Executive Director.