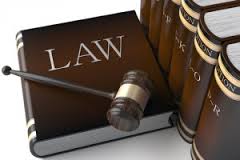 The eighth Assembly in Benue State, which was inaugurated penultimate Friday elected Terkimbi Ikyange, of the All Progressives Congress (APC), as Speaker despite the party controlling fewer seats in the House of Assembly. Ikyange represents Ushongo constituency,

The Peoples Democratic Party (PDP) controls majority in the House with a total of 15 members out of the 30 lawmakers while the APC has 14 and Labour Party has one member, who expressed his support for the PDP.

According to the Daily Trust, the PDP caved-in to the intense horse trading and its members fell for the financial and material baits dangled before them and voted for Ikyange at the expense of their party.

Political analyst have opined that a PDP controlled assembly will be good for democracy. in fact this is the first time since 1999 that a different outside the ruling party will have majority members in the assembly.

But that hope was dashed after PDP members allegedly succumbed to pressure to accept cash and car gifts to vote for a minority candidate as Speaker.

Sources close to the PDP in the state said three of its members had sold out to the APC during the horse trading despite directive from the party that they should ensure that the legislator from the party is elected the Speaker.