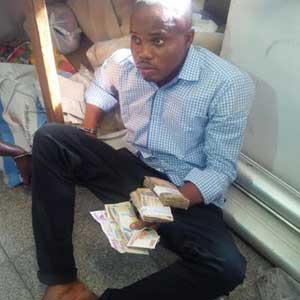 Drama aboard a 6:45a.m. Aero flight from Lagos to Abuja yesterday, as one of the passengers (names withheld) stole about N350,000 from a luggage belonging to an Austrian, Novotny Anton, also a passenger on the flight.

Vanguard reports that the 31-year-old suspect, seating on seat number 23C, was said to have been spotted by one of the airline’s cabin crew when he removed the Austrian’s bag from the locker where it was kept as he was planning to change his seat. 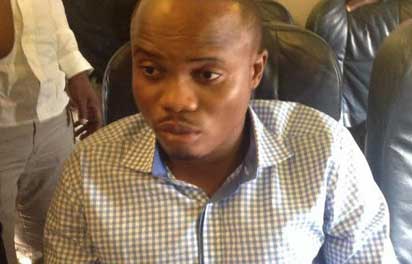 An eyewitness, who was aboard the aircraft, said the suspect removed the bag from the locker where the Austrian sat, took it to his own seat, giving the impression that he was changing seat and stole N150,000 and 500 Euros belonging to the Austrian.

The suspect ran out of luck when a female cabin crew saw him and asked him to remain seated when he was trying to return the bag to the overhead locker before the Austrian could suspect any foul play.

When the plane landed at Abuja airport, the Austrian could not find his bag and raised alarm. The cabin crew member told him to check the bag with the suspect.

After the suspect was stripped naked, he told other angry passengers that he mistakenly took the bag in place of his own.
The Austrian later discovered that N150,000 and 500 Euros had been taken from the bag.

Other passengers immediately descended on the suspect and the money was later found on him, alongside a wrap of marijuana.
Aero spokesman Mr. Simon Tumba, said the airline would issue an official statement on the incident later.

List Of 18 States That Are Bankrupt, Can’t Pay Workers’ Salaries