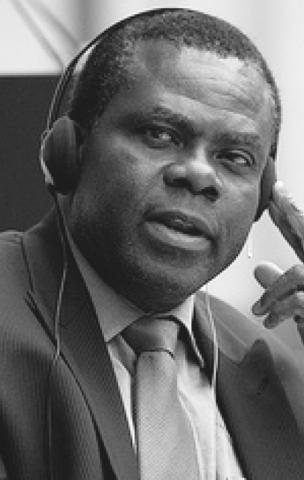 There are indications the Director- General of Budget Office of the federation, Dr. Bright Okogwu, has resigned his position, a dependable presidency source confided in New Telegraph yesterday in Abuja.

New Telegraph learnt that Okogwu passed his resignation letter to the Presidency last week and a Director of Fiscal Department, Alhaji Yahaya Gusau has replaced him in acting capacity.

Described as loyal and committed ally of the immediate Coordinating Minister for the Economy and Minister of Finance, Dr. Ngozi Okonjo-Iweala, sources told our correspondent that his new job at AfDB was aided by Okonjo-Iweala. Efforts by New Telegraph to reach out to Okogwu on his mobile phone was futile as he did not respond to an sms forwarded to his phone.

However, a close confidant of his also confirmed both his resignation from the Budget Office and new appointment to our correspondent. Okogu had been Director General, Budget Office of the Federation since December 2007.

Before his appointment as DG Budget, he served as Special Adviser to the Minister of Finance (2004 to 2007) and was also the pioneer Executive Secretary of Nigeria Extractive Industries Transparency Initiative (NEITI).

As a Special Adviser to the Finance Minister, he played a key role in the Economic Management Team in the formulation and implementation of the economic reform programme that culminated in the debt relief.

Africa’s Richest Man, Dangote Does An ‘Akon’: Pledges To Light Up Lagos