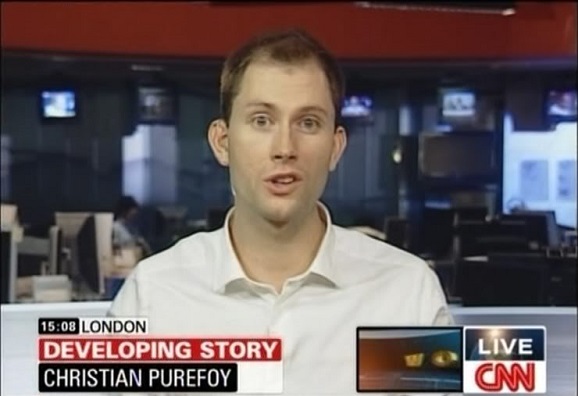 In 2011, Goodluck Jonathan was elected as the new hope for Nigeria overseeing what were widely deemed to be the country’s “fairest” elections. 4 years later he was Nigeria’s first President to be voted out of office.

How can I even contemplate that this man might be Nigeria’s most historical President?

Firstly, a few reasons he was voted out: Jonathan had perhaps one of the worst PR teams imaginable; Boko Haram made huge territorial gains; corruption ran rampant with figures like Diezani Allison-Madueke and Niger Delta militants; Electricity had dropped to its lowest levels in decades as he left office; he was a very divisive President that failed to build+sustain alliances and so on…

But, there are some counter arguments to each of those: for example, no government could have been prepared for the scale of the Chibok story or how quickly Social Media could turn on a President; the military was re-equipped and with the help of mercenaries beat back Boko Haram’s gains; every government is corrupt in Nigeria, just that this time it happened under the watchful eye of social media; Jonathan privatised power and reform takes time; and that plenty of others have used Nigeria’s religious divisions for gain before (eg. the violence at the end of the 2011 elections.)…

Arguments for & against Jonathan’s tenure can be debated, and whether they were successes or failures – all of them can be so easily undone by his successor. And that’s the point. Ultimately, the policies of Jonathan’s tenure mattered in the election but not necessarily in the history books.

Nigerians can be unremittingly harsh on their leaders but the collapse of Nigeria’s institutions cannot be blamed on one man alone. Certainly Jonathan’s made many mistakes, but…

Goodluck was faced with one historical moment, and he took it.

The historical moment I’m talking about is his decision to keep Jega as the INEC chairman and then make the phone call to Buhari to concede defeat as results were still being counted.

In the end, Jonathan did what he was voted in as a civilian President to do – and that was leave office democratically. But he nearly didn’t and was so obviously reluctant to do so after interfering with various local elections – and that, for me, highlights just how important Jonathan’s decision was, because it could so easily have gone so differently. Or, as he did throughout most of his tenure, do nothing and allow others like Orubebe to fill the vacuum.

Jonathan had a choice.

And, as events in Burundi show, not everyone makes the right decision. And plenty of other Nigerian President’s have squandered the opportunities history gives them, for example, IBB and the annulment of the 1993 election.

I’ve tried to think of other Presidents in Nigeria’s history who have seized their historical moment, and two others come to mind:

– Yakubu Gowon’s famous speech “no victor, no vanquished” speech at the end of the Biafra war.
– OBJ’s efforts to reform the military after his election in 1999. Although not so public, they have had a deep impact on the military’s involvement in civilian government.

Each of these was done for selfish political motives, of course (like all politicians!) – but they were moments that were seized nonetheless. And it’s the same with Goodluck – it’s unlikely he would have survived long in Aso Rock if he had tried to keep power. But the difference with Goodluck, I would argue, is that he is the only leader to give up his position of power to seize his historical moment. It makes it all the more remarkable.

I’m not advocating for some Nobel Peace Prize or something (that should go to Jega!), but evaluating Jonathan’s decision in the context of all the other Nigerian Presidents.

Buhari is now President, but whatever his own policy successes in the next 4 years – they can all be easily undone by his own successor. (something Buhari should know well after he was succeeded by IBB in the 1980s). But it will be difficult for Buhari to undo the fact that if he doesn’t perform he may well be voted out, and have to leave…

… and, whether he likes it or not, that is Goodluck Jonathan’s historical legacy.

Article written by Christian Purefoy, an International Journalists based in Nigeria for many years, he works with CNN and Battabox at the moment… Article read on his google page…

Opinion: Why Senate President, Bukola Saraki Is The Judas Iscariot Of Nigerian Politics