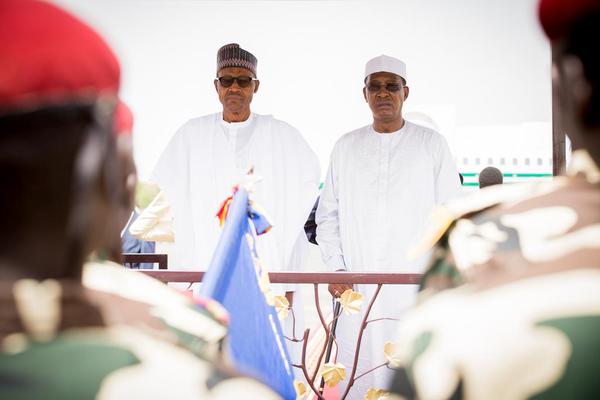 The All Progressives Congress (APC) has hailed President Muhammadu Buhari for his shuttle diplomacy aimed at forging a stronger regional
front against the Boko Haram insurgency, saying the President should be praised rather than pilloried for his efforts.

”Boko Haram, which started off as a Nigerian problem, has now assumed a regional dimension, affecting many countries in West Africa. Therefore, any solution to the crisis, if it is to endure, must be regional in nature, with Nigeria taking the lead,” the party said in a statement issued in Abuja on Saturday by its National Publicity Secretary, Alhaji Lai Mohammed.

Besides, it said since terrorism has assumed a global dimension, no nation, not even the superpower United States, can fight the growing menace alone.

”This is why even in our days in opposition, we advocated a regional solution to the crisis,” APC said.

The party said President Buhari’s trip to Niger and Chad, two of the countries worst hit by the Boko Haram insurgency, showed that he
understands the regional dimension that the insurgency has assumed, and that for any effort by Nigeria to yield positive results, it must seek the cooperation of its neighbouring countries.

It urged the President not to relent in his efforts to forge a regional front against the terrorists, despite the misguided criticism emanating from certain quarters.

”It is baffling that some opposition politicians wanted Nigeria to go it alone against Boko Haram, even as the terrorist group has taken its battle beyond the shores of Nigeria, to such countries as Cameroon, Chad and Niger. It is common knowledge that the terrorists use these countries as launch pads for their attacks against Nigeria, and vice versa, and that they routinely engage in cross-boundary raids.

”It is common knowledge that Boko Haram’s tentacles have spread as far as Mali, the home base of the Movement for the Unity and Jihad in
West Africa (MUJAO), a splinter group of the Al-Qaida in the Islamic Maghreb. It is no longer a secret that Boko Haram has now affiliated
itself to the Islamic State, seeing itself as the West African chapter of the terror group. How then can Nigeria effectively deal with Boko Haram without seeking the assistance of other concerned countries?” APC queried

The party reminded the critics of the President’s trips to Chad and Niger that even the United States sought and has continued to seek a global coalition against Al-Qaida and Islamic State, despite the country’s enormous military, economic and political powers.

APC said it was particularly delighted that President Buhari has continued to insist that the Nigerian Army is capable of leading the
fight against Boko Haram, meaning that while there is nothing wrong in seeking the cooperation of Nigeria’s neighbours, the country has no business hiring mercenaries to lead the battle.

”That vote of confidence in our military is the first step in the efforts of the Buhari Administration to restore the glory of the once-globally-acclaimed Nigerian military through morale boosting measures that will include arming and kitting the troops effectively
and caring about their welfare so that they can more effectively tackle the terrorists,” it said.