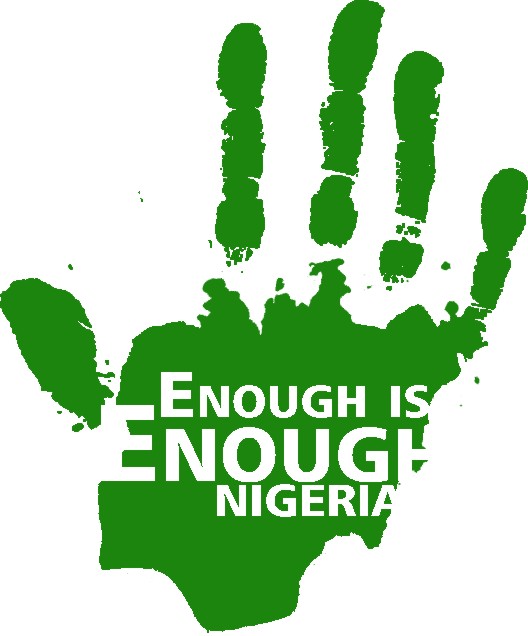 Civil rights coalition, ‘Enough Is Enough’ (EIE) has asked the newly inaugurated administration of Muhammadu Buhari to go ahead and remove the controversial fuel subsidy given the culture of untold hardship and exploitation, it has cost the country.

EIE consists of individuals and organizations committed to instituting a culture of good governance and public accountability in Nigeria through active citizenship.

Ironically, this same coalition was at the forefront of the #OccupNigeria protests which kicked against the withdrawal of subsidies in 2012. However, they protested the harsh remove then, and prayed that the removal be done in stages and that government should embark on a clean up of the augean stable and the oil sector.

But following the recent strikes by oil unions and an energy crisis that all but grounded the Nigerian economy, the organization has revisited the fuel subsidy issue. This time EIE is saying “We can no longer afford to be at the mercy of a few at the expense of the majority. In the last two weeks, Nigerians have died unnecessarily for lack of light and water to run hospitals and clinics and no fuel to transport sick patients to get required help. If this administration is really offering ‘change’, Nigerian lives MUST matter!

“We engaged on this issue in 2012 and we are ready to engage again, in words and action”.

Deregulate the Oil & Gas Sector or Nigerians Continue to ‘Die’

“The security and welfare of the people shall be the primary purpose of government.”

In Q4 2011, EiE Nigeria hosted a series of informal conversations to prepare a response to the ongoing dialogue about a possible removal of the fuel subsidy.

On December 12, 2011, we issued a press release titled “The Federal Government’s Games with Fuel Subsidy” where we said:

In the words of a Yoruba Proverb, the Federal Government has, yet again, left leprosy to treat ringworm. While we understand that the current cost structure is unsustainable, Nigerians can no longer afford to pay for government’s inefficiencies. It’s too expensive (financially; productive man hours and human lives) and it’s also NOT sustainable.

3 ½ years later, these words are still true. The recent strike by NUPENG and the Tanker Drivers’ Association which paralysed our economy affecting banking, telecoms, manufacturing sectors and social services should make it very clear that this model is NOT sustainable.

To date, the Federal Government of Nigeria has refused to deregulate this sector to allow for free, fair and transparent competition that provides the best product at the best price for Nigerians. Instead, especially under the last administration, we have enriched a few at the expense of the majority. Since January 2012, some parts of Nigeria have NOT paid N97/litre for petrol. In the last two weeks, some Nigerians have GLADLY paid N500/litre so they could get from point A to point B and / or run their businesses.

The subsidy is not the issue, and has never been. It is the laziness and greed of a government that provides limited social services, runs one of the most expensive governments in the world and refuses to be transparent and accountable in its operations.

Let us be very clear, we have no regrets for being at the forefront of the #OccupyNigeria movement in January 2012 and we would do it again, especially because the events of the last 3 ½ years have proven us right.

If the last administration was lazy and thoughtless in its approach, had a trust deficit and refused to take appropriate and decisive action, the new administration has no excuse. It has to learn from the results that are now so evident for all to see – missing monies, opaque management of the country’s highest revenue earner and most importantly, unnecessary hardships for Nigerians.

Mr President, your task, though difficult, is also very simple. Political will is the key ingredient and we propose these 5 simple actions:

Nigeria has financial challenges and needs a lean and frugal government. It’s critical that you take decisive action to reduce the size of government by merging MDAs, speedily embarking on civil service reform and reducing the number of political appointees.

NNPC gets 445,000 barrels of crude per day that it can’t refine. We understand that if refined, it’ll cover our daily PMS and kerosene needs and at least 70% of our diesel needs.

Our refineries should be sold as upgrades and turn around maintenance (TAM) have been regular features in our annual budgets with no results.

The Nigerian government continues to pay ‘subsidy’ on kerosene despite its removal under the Yar’adua administration.

Appoint a person with a track record of competence and integrity to oversee the unbundling of NNPC and revocation of the swaps & contracts that have mortgaged the future of generations of Nigerians yet unborn.

It will send a strong message of seriousness if the prosecution of subsidy scammers is fast-tracked with clear outcomes.

Mr President, the clock has already begun ticking on your administration. Nigerians want to see clear and decisive action that shows focus and clarity of thought and action.

We can no longer afford to be at the mercy of a few at the expense of the majority. In the last two weeks, Nigerians have died unnecessarily for lack of light and water to run hospitals and clinics and no fuel to transport sick patients to get required help. If this administration is really offering ‘change’, Nigerian lives MUST matter!

We engaged on this issue in 2012 and we are ready to engage again, in words and action.

EnoughisEnough Nigeria (www.eienigeria.org) is a coalition of individuals and organizations committed to instituting a culture of good governance and public accountability in Nigeria through active citizenship. We are non-partisan, neither are we a platform for the actualization of any individual’s political ambitions.

Group Calls For The Postponement Of Subsidy Removal By President Buhari