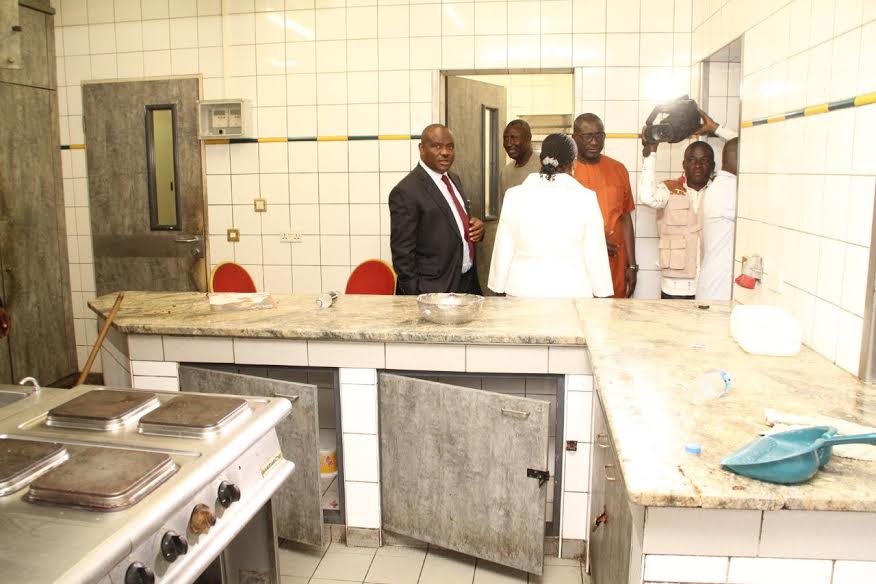 Rivers State Governor, Nyesom Ezenwo Wike has stated that with the level of the looting of furniture, facilities and cars in Government House, Port Harcourt by the immediate past Governor, Rotimi Amaechi, it may take three months before he starts operating from the Government House.

Wike said an inspection of the Government House, Port Harcourt revealed that all the bullet proof doors, furniture cars, crested carpets, curtains and windows were stolen by the former administration. On Monday the governor took leaders of the state on a tour of the Government House, Port Harcourt, allegedly vandalised by officials of the administration of the immediate past governor, Rotimi Amaechi.

He had said during the Sunday’s thanksgiving: “ As I speak with you, everything has been vandalised. I will not enter the Government House in the next two or three months.

“There is no vehicle in Government House, not even one. Yet the former governor talks about corruption”.

He, however, said that the ugly situation left behind by the former Governor will not stop his administration from developing Rivers State. Wike said he will not disappoint the PDP and the people of the state.

Rivers State Deputy Governor, Dr. Ipalibo Harry Banigo, berated officials of the immediate past administration for embarking on the vandalism of properties of government.