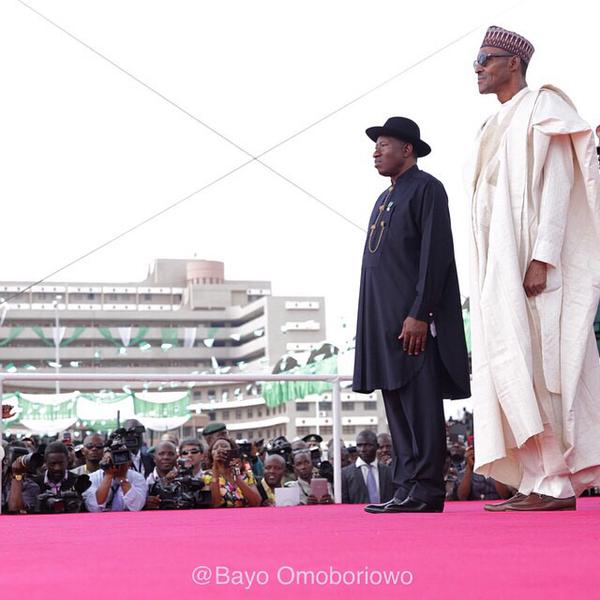 I have read the Inaugural Speech of the President of the Federal Republic of Nigeria, Major-General Muhammadu Buhari (Retd.), delivered immediately after his swearing in. It is gratifying that General Buhari has vowed to tackle the rot in the power sector, even though he did not give any direction on how to do that. By and large, it is my view that the President has not addressed the real issues affecting our lives in Nigeria.

It would seem that the President is still on the soap box, whereby promises and promises and intentions, are the order. He is the President of Nigeria now and my expectation was that since March 28, 2015, when he won the election, when he received the certificate of return from INEC, when he got assurances from Dr. Goodluck Jonathan, that his election would not be contested, General Buhari would have outlined his main policy direction. But alas, that has not happened today.

For instance, the President did not say anything on his foreign policy directive, on issues relating to global warming and climate change, the violence in the Middle East and the general global economic downturn. Also, the President was silent on the mode of tackling corruption, which indeed has been the main thrust of his electioneering campaigns; he was silent on the collapsing aviation sector, he kept mute on the unpaid salaries of millions of workers across the land, the huge debts that the Jonathan administration has bequeathed to him and indeed the main means of generating revenue, to run his government, apart from oil. General Buhari gave no hint on the mode of reform of the judicial system and the administration of justice generally, the expected policy statement on NNPC did not come, and even the Boko Haram insurgency, to which the President devoted most of his speech, ended up in a policy disaster, of cause after effect; in that the President will only know the cause, origin and perspectives of the criminal organisation, only after he has succeeded in killing them all.

In all, the Inaugural Speech became another campaign promise, a general rendition of statements of intention, without action. It was too vague and illusory, like a speech being delivered by a novice in power. This is the President who has ruled this country as a Head of State, through a coup detat in 1983, and one that has sought to rule this nation since 2003, so he had all the time in the world, to have mapped out his cause of action and strategies. This is surely not the speech expected from our GMB.

In the coming days however, we expect more concrete reforms and ACTION.

Article written by EBUN-OLU ADEGBORUWA, ESQ is a Lagos based Lawyer

Chido Onumah: President Buhari, Dead End Or The Rebirth Of A Nation?