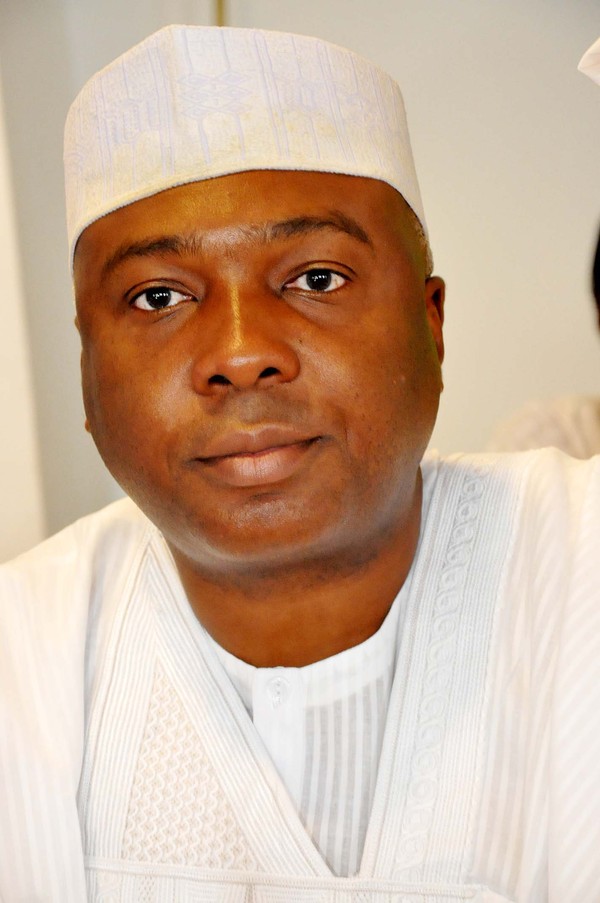 Kogi State senator-elect Dino Melaye and 34 other sentors-elect have endorsed Senator Bukola Saraki for the position of Senate President in the forthcoming 8th National Assembly. This comes few hours after news filtered that the party had unanimously, allegedly adopted Senator Ahmed Lawan of Yobe state, as it’s consensus candidate.

However, Senator Saraki had denied that there was a consensus candidate after Gemade’s press conference where it was also announced that George Akume had been endorsed as deputy senate president, with Ahmed Lawan, the consensus candidate.

Addressing the media at Ibeto Hotel, Abuja, the APC senators supporting Saraki dissociated themselves from the “consensus” announcement, maintaining that Saraki was their preferred candidate.

Dino Melaye, a senator from Kogi state, told the media that the national working committee (NWC) of the party has zoned the senate presidency to the north-central where Saraki comes from.

Lawan is from Yobe in the north-east.

If no consensus is reached, it will be an open contest upon the inauguration of the senate in the first week of June.

A candidate needs a minimum of 55 votes to win – a simple majority of 109 senators.

Dino said at the briefing: “Senators of the like mind are here today at the retreat organized by our dear Party All Progressives Congress, which is meant to equip and empower Senators-Elect of the 8th Assembly to prepare them toward the challenges ahead. We commend the leadership of our party for this timely and well-focused exercise.

“Furthermore leadership of National Assembly, is about the Senator that has the wherewithal to stabilize the legislative institution, working with the executive and judicial arm of government to be effective and perform to their optimal capacity.

“In addition, we are aware of the fact that ALL Senators from the North Central zone have taken a firm position that they are only interested in the office of the Senate President which has been earlier zoned by the National Working Committee of our party and we are also aware that North Central Senators have resolved to abide by the resolution of the zone on a single candidate and anything short of this is an attempt to jeopardize the collective interest of the zone.

“Of the 59 Senators of the APC, 35 of us present here today hereby reaffirm our collective commitment and resolution to ensure that the candidature of Senator Abubakar Bukola Saraki as the Senate President of 8th Assembly.

“We have also resolved that the office of the Deputy Senate President be zoned to the North East.”

We Have Learnt From Our Mistakes Says PDP