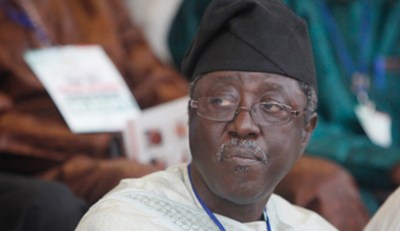 The Nigeria Governors’ Forum (NGF) under the leadership of Governor Jonah Jang of Plateau State has denied any reconciliation with the Rivers State Governor, Rotimi Amaechi-led faction.

In a statement released in Abuja and signed by the Secretary and Administrator of the Forum, Osaro Onaiwu, the governors stated that any such reconciliation attempt was futile as a majority of the governors will be out of office in a matter of days and therefore should leave issues of reconciliation, reorganisation and a new Chairman to the incoming governors.

The statement further described the purported reconciliation as a selfish attempt by a group of governors to force new leadership of the forum on the in-coming governors.

The governors noted that both the Chairman, Jonah Jang and his Deputy, Dr. Olusegun Mimiko of Ondo State along with a majority of governors were visibly absent because they did not consider it a priority at this late hour to be part of a selfish project.

‘We’ll Sabotage, Blackmail And Intimidate APC Govt Like They Did To Us’ – Gov. Lamido

Tony Anenih Resigns As PDP Board of Trustees’ Chairman