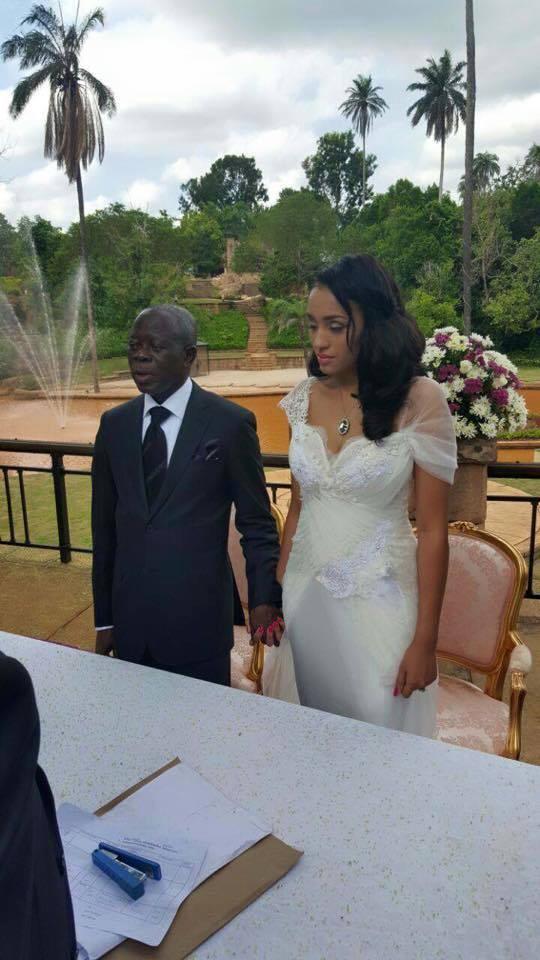 Oshiomhole is remarrying four years after the death of his first wife, Clara. The bride is Ethiopian-born Miss Lara Fortes, a model and former air hostess.

President-Elect, General Muhammadu Buhari and his wife Aisha, are among the dignitaries expected Friday for the wedding between Governor Adams Oshiomhole of Edo state and his fiancée, Miss Lara Fortes, at his country home in Iyamho, Etsako West Local Government Area of Edo state.