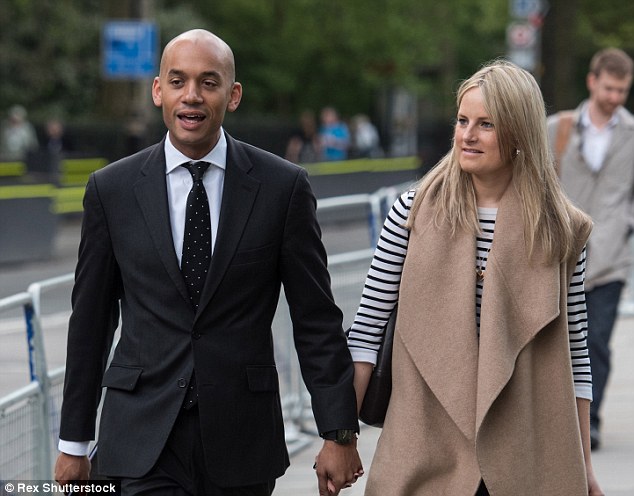 Nigeria’s Chuka Umunna who was among the four Nigerians to win a seat in the British Parliament and a major contender in Labour’s leadership race stepped out with his girlfriend for the first time.

The shadow business secretary was pictured walking hand-in-hand with his glamorous lawyer partner Alice Sullivan ahead of his interview on the BBC’s flagship Andrew Marr show according to DailyMail.

Mr Umunna used the interview to criticise Labour’s drift to the left and admitted he was considering a bid become leader.