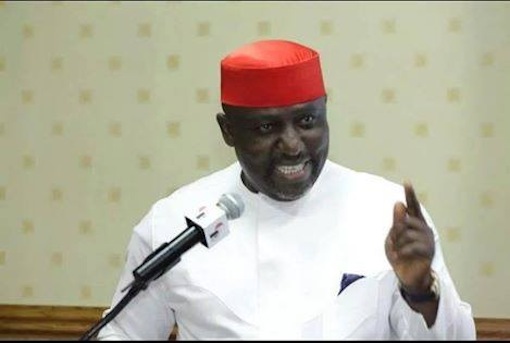 Governor Rochas Okorocha of Imo has pledged to pay the 13 months salary arrears owed primary school teachers in the state.

Okorocha made the promise during the 2015 Workers Day celebrations in Owerri on Friday. In Osun State, Rauf Aregbesola is owing ALL the civil servants six months salary and has refused to pay according to the Nigerian Medical Association.

The governor also promised to clear all pension arrears less than N10,000 monthly while those higher than that would be spread over 12 months period.

He reiterated his commitment toward the welfare of workers and pledged that his administration would ensure prompt release of subventions of all government agencies and parastatals.

The governor said he would fight corruption in the state civil service by tackling inflated salaries and ghost workers.

He said that more jobs would be created in the state during his second tenure through creation of new industries.

Okorocha encouraged workers to engage in small businesses such as poultry farming to complement their salaries and contribute toward the development of the state.

Earlier in his address, the state Chairman of the Nigerian Labour Congress (NLC), Mr Austin Chilakpo called for annual promotions of workers for improved productivity.

The NLC chairman also congratulated the governor on his re-election and urged losers to accept defeat in good faith.