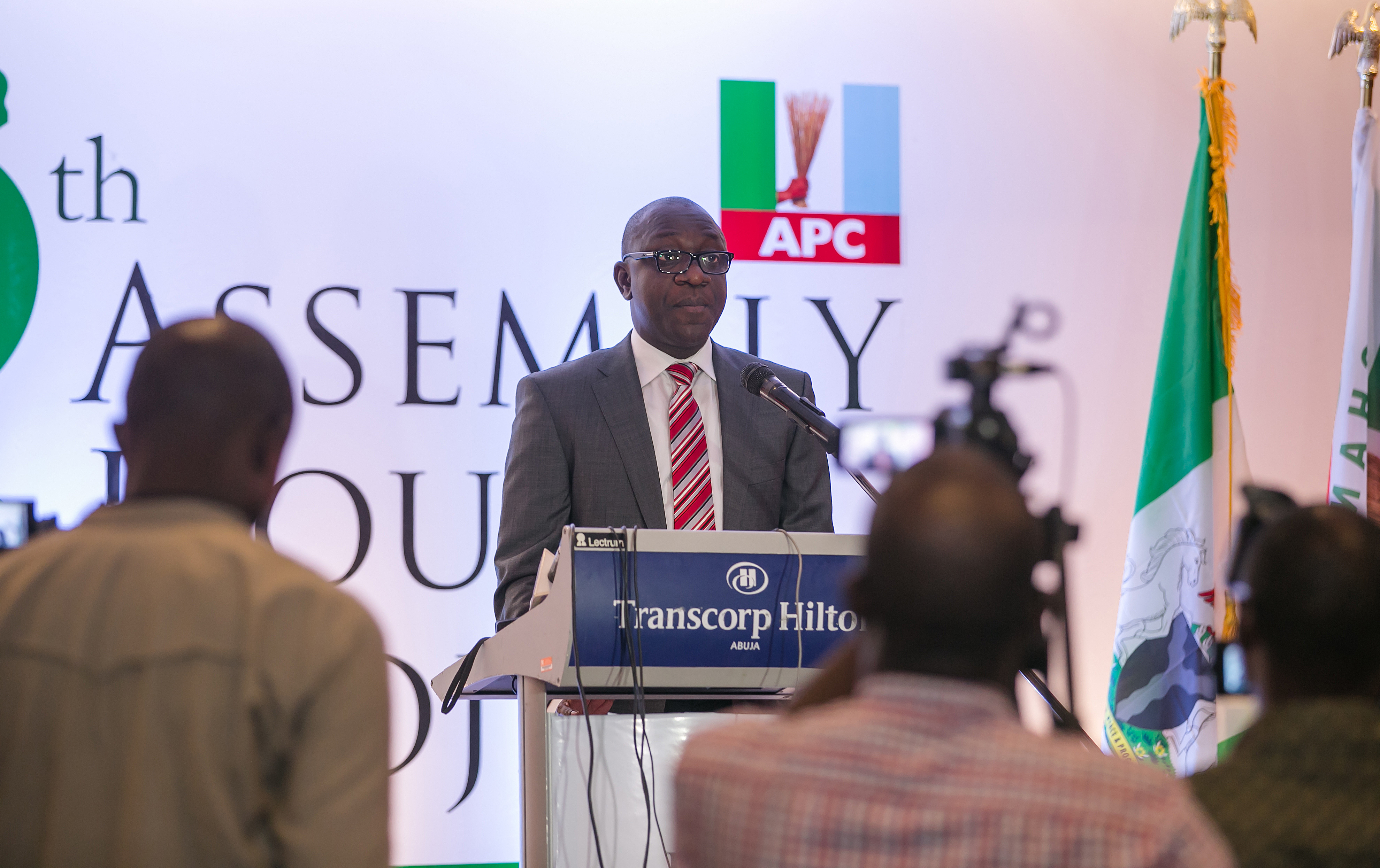 As the scheming for the speakership of the House of Representatives heightens, indications emerged yesterday that a leading aspirant in the race, Hon Abdulmumin Jibrin, might have secured the endorsement of Peoples Democratic Party (PDP) members in the House.

It was gathered that the politician met last night with some NWC members and some outgoing principal officers of the National Assembly, in a bid to win their support for his aspiration.

A source at the meeting indicated that the politician who was also a member of the party before defecting to the All Progressives Congress (APC), was described as a team leader with the charisma and capability to lead the lawmakers.

APC has over 230 members in the incoming 8th Assembly against 120 that the PDP has.

The APC had remained silent on its modality for the emergence of principal officers at the National Assembly (NASS).

The party’s national publicity secretary, Lai Mohammed, in a statement issued on Monday, disclosed that the APC had not decided on any zoning formula for its officers at the NASS.

Kano State governor, Rabiu Kwankwaso, had also advised the APC to make its position on zoning known in good time in order to avoid unnecessary crises.

“My advice to my party is that they should quickly do it. Those of us who witnessed what happened in 2011, I don’t believe that the party should waste any more time. Because the implication of delay is that the people in some zones will go round the country mobilising support for themselves and if the zoning decides to come late, they will be so strong in their campaign that they can disobey the party just as we saw during the Tambuwal case in 2011.

“Tambuwal went round; we gave him our words that we would support him and when the zoning came late, we had already committed ourselves and the party at the end of the day was humiliated because many of us didn’t want to change our position as we had already promised to support him. Things were not the same again in the PDP. I believe that the man who got the ticket got more appreciation from the opposition rather than those in the party who supported him. I don’t want us to repeat that mistake. I think it is high time we finished the zoning so that anybody can aspire to become whatever is being zoned to his place,” he said.

It was also gathered that both PDP leadership and the party caucus in the House are mulling the idea of repeating what happened in the Seventh session of the House of Representatives, to defer the decision of the leadership of the House in the zoning formula of the party.

In the Seventh session of the House of Representatives, the House members in PDP and Action Congress of Nigeria (ACN) moved against the zoning of the office of the Speaker to the Southwest and elected Hon. Aminu Tambuwal as the speaker of the House of Representatives. Tambuwal is from Sokoto State in the Northwest geo-political zone and Emeka Ihedioha is from Imo State of the Southeast zone.

Buhari Appoints #BringBackOurGirls Founder As Member Of His Transition Committee