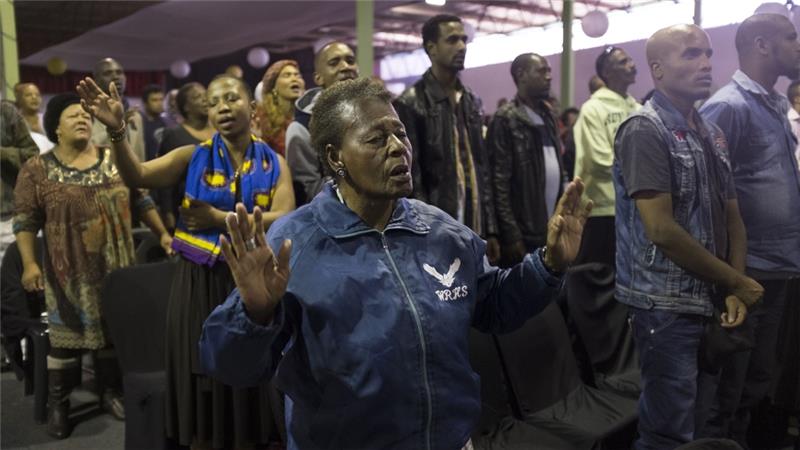 Last month, the Zulu monarch made a public statement in which he compared “foreigners” in South Africa to “amazeze” (lice or fleas) and exhorted them to pack up and go home. While many South Africans expressed shock and disgust at these utterances, with several making comparisons to hate speech during the Rwandan genocide in which Tutsis were routinely referred to as cockroaches, King Goodwill Zwelithini has claimed that he was quoted out of context, and the South African government has taken no action against him.

South Africa’s Equality Act allows for prosecution in cases of hate speech and incitement to violence, while Article 3 of the UN convention against Genocide also makes provisions for “direct and public incitement to commit genocide”.

Currently, several of South Africa’s peri-urban settlements and urban business districts are awash with xenophobic sentiment and mob violence, with South Africans attacking, looting and even killing nationals of other countries, most of them from other parts of Africa or from South Asia.

Savagery
With horrifying images and poignant victim testimony making international headlines, the Zuma administration, initially slow to react, has finally started to speak out against the savagery.

But it is important to note that the mealy-mouthed language and qualified statements by the president and others have actually done little to curb the madness.

In one statement, President Jacob Zuma urges “our people to treat those who are in our country legally with respect and Ubuntu”. The qualifier of “legally” implies that those who are here illegally need not be accorded the same respect. Similarly, on a Zulu-language news broadcast on the national broadcaster on Sunday, Zuma’s address can be loosely translated as: “We realise that there are people living here who are illegal, we also know that there are people who take jobs from other people, however we need to fix [resolve] this matter.”

While it is undoubtedly true that some of the frustrations that have fuelled xenophobic violence are rooted in socioeconomic inequality and the high unemployment levels among South Africans (between 40 and 65 percent according to various statistics), the president’s remarks in the current context are certainly unhelpful and possibly inflammatory.

Equally, there has been little attempt by officials to acknowledge that the abject living conditions of millions of poor South Africans and the lack of social services, is a contributing factor, particularly in a context of gross corruption and kleptocracy within government circles.

Many people outside the country are puzzled by this black-on-black violence, while others question whether it has its roots in the past, when the apartheid government resourced one group of black South Africans to fight another in a horrifying proxy war that led to brutal and indiscriminate killings on both sides.

Certainly there is a sense among some South Africans that we tend to solve our problems through violence, and that the civil disobedience of the apartheid era, when freedom fighters vowed to make the country ungovernable, has carried over into the democratic era.

Many among us believe that intimidation, looting and violence are still legitimate tools of political expression, while others are merely opportunistic when they join in the looting and attacks.

Atmosphere of impunity
Unfortunately, the tacit acceptance of such attitudes at high levels of government, and the desultory action by the police and criminal justice system, has resulted in an atmosphere of impunity, particularly when antipathy of immigrants is expressed.

Since the mid-2000s, the South African government has pooh-poohed analysts’ warnings of the potential for xenophobia, and has preferred instead to regard outbreaks of anti-immigrant violence as “criminality”.

There is also undoubted frustration that the promises of freedom, of “a better life for all” have not been realised, with the poorest of the poor actually becoming poorer, according to several reports, while the richest appear to relish relatively indecent levels of wealth.

Add to this a context where many “foreigners” start businesses in the poorest areas, and are seen to be earning better incomes and living better lives than those born in South Africa, and the anti-foreigner resentment becomes more comprehensible, though certainly not justified.

Several South African university students at a recent vigil in support of the victims of the Garissa massacre in Kenya, were adamant that they would not participate in a similar event to support victims of xenophobia, because “amakwerekwere [foreigners] don’t respect us, they look down on us, they don’t mix with us, and they feel they are better than us”.

Zambia’s experience
It is obvious that a greater degree of civic education around diversity and acceptance must be built into our education curricula, and that more needs to be done to encourage mutual respect and understanding between South Africans and migrants to the country, including an acknowledgement that the country’s economy was built on migrant labour and continues to depend on it.

This can also be highlighted via the media and civic platforms. In this respect, South Africa could learn much from Zambia’s experience, as a recent news report highlights.

In the short to medium term, however, the Zuma administration needs to take concerted action to arrest and prosecute perpetrators of xenophobic violence, and to put into place measures to safeguard communities with large numbers of immigrant residents or workers.

It is noteworthy that, of the 350 foreigners killed during the last widespread outbreak of xenophobic violence in 2008, only one has resulted in a murder conviction. This statistic is shameful, and continued impunity for perpetrators of such heinous attacks will have many unanticipated repercussions for South Africa.

Already, South African entertainers and sportspeople are experiencing a backlash by having gigs and sporting events cancelled. South African professionals are being repatriated from countries such as Mozambique and Malawi, and a consumer boycott of South African exports to the rest of the continent is being organised.

It is to be hoped that these signals are being noted by Pretoria and that the government will, at long last, begin to deal with the scourge of xenophobia in a concerted, considered, and far-reaching manner.

Ayesha Kajee is a human rights activist and political analyst with a special focus on African governance and development. She tracks elections and democratic consolidation in the region.

Bola Tinubu: APC Will Work To End Poverty, Not Manage It Like PDP

Simon Kolawole: A Time To Kill Or A Time to Heal?