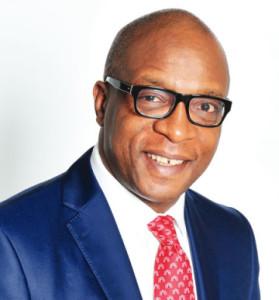 When President Goodluck Ebele Jonathan arrived at his local polling unit in his hometown of Otuoke, Bayelsa State to vote in the presidential elections of March 28 2015, I saw that look on his face.

It was that look that Nigerians have come to dread. That look that instils little or no confidence in many Nigerians. That look, along with an almost painted-on smile that says: “Even I don’t know how I got to this position”. Truth be told, on that day he was a very patient man; he waited for around fifty minutes while the card reader tried to determine whether or not he and his wife, the Grand Dame Patience were truly registered voters. It didn’t! Both went home and returned thirty minutes later, when the card reader still failed to verify Nigeria’s Couple Numero Uno; they were recognized on personal grounds.

All this while President Goodluck Ebele Jonathan remained the picture of calm. The Patience he displayed almost shows why it’s taken him this long to rout Boko Haram. But I digress. The Patience by GEJ’s side though, was a different story. You could see she was seething from behind the huge sunglasses she had on. All the journalists present spoke about it later.

After they both voted later that afternoon, GEJ was asked if he felt confident of victory and he said I yes, but I wasn’t convinced. I believe he knew before then that the tide had turned against him. His wife knew too. It was the most quiet I have ever seen her. Was this the same woman who crisscrossed the country hurling insults at the opposition while campaigning for her husband? I also asked GEJ a cheeky question about who he had voted for. He said he voted for himself. Of course he had. But I couldn’t help thinking it was a wasted vote. Even the people of Otuoke, a small village in the Niger Delta that is looking more and more like a miniature Abuja than any village that I have been to in Nigeria, didn’t really come out en-masse to vote. I was there in 2011 as well and the lines were longer, the enthusiasm stronger. This time it seems they believed the results were a foregone conclusion; one way or the other.

You might be reading this and thinking; “What has this guy got against GEJ?” The answer is simple; nothing. In 2011 I felt he was the better candidate. One with no baggage whatsoever. But this time around, like Nigerians returning home from London, on British Airways Flight 083, he had too much baggage. Too many hangers on, too many advisers with their own personal interests. Too many members of his kitchen cabinet seemed to be working for themselves and not for him. His wife crossed the line several times and was not reined in. I believe Dame Peshe is as responsible for her husband’s failure at the polls as Buhari’s mantra for change is.

Nigerians have voted for change and they have got it. But I fear it won’t be exactly as they expected. I interviewed General Buhari about four weeks before the elections when he came for that much talked about appearance at Chatham House. During our chat he was vehement about how he would smash Boko Haram in no time.

He also granted me his first world interview as President-elect (forget what those guys at CNN are saying, they were standing next to me while I did mine – waiting!). I asked the General (sorry President – Elect) if he now has a well defined plan to destroy Boko Haram; his response startled me.

He said he wasn’t a miracle worker and if GEJ’s administration had failed to to it in six years, how could he do it in six months? I was told I had three minutes with him as he had to go and pray before coming back to talk to CNN (tee –hee), so I couldn’t ask follow up questions. But I did ask him how he planned to rid the huge corruption in government and his answer was that Nigerians would have to give him time.

I am pretty sure that the General was tired as it had been a long day for him. But it shows that Nigerian will have to be vigilant. If  President Buhari is not performing in four years time, the same change that brought him in, should kick him out.

Peter is a presenter on BBC World News; reach him on Twitter via @okwoche