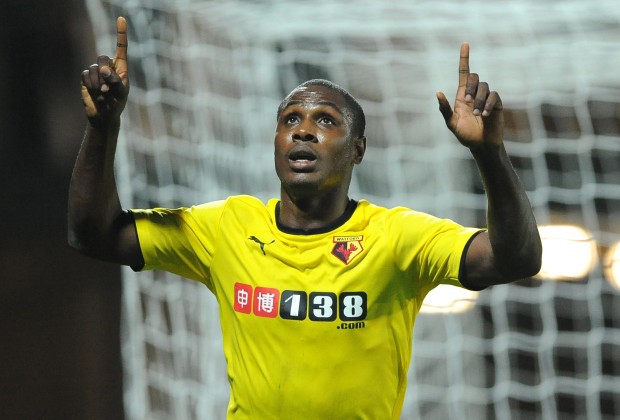 Super Eagles striker, Odion Ighalo, scored the winner as his team Watford FC to a 2-0 win over Middlesbrough on Monday afternoon at the Vicarage Road.

?Prior to the gam?e?, Ighalo? had rallied Hornets faithful to come in their numbers to cheer him and his teammates to victory and playing in front of a near capacity crowd, the Nigerian striker did not disappoint the teeming supporters.

Interestingly?,? it was Boro that actually controlled large amounts of the possession, particularly during the first half, but they were unable to make it count.

Having failed to make the most of their opportunities, Boro were punished in the 33rd minute when Troy Deeney fired the home side in front.

The opening strike in Monday’s game was not only the captain’s eighth goal in nine outings but it was an historic goal as Deeney is now officially the first Watford player in history to score 20 goals in three successive seasons.

The three points were sealed by Ighalo in the 65th minute who got a pass from Ben Waston and powered a left footed shot into the top corner of the net.

Watford are now top in the Championships with the latest three points while Boro have dropped to second spot on the standings?.?