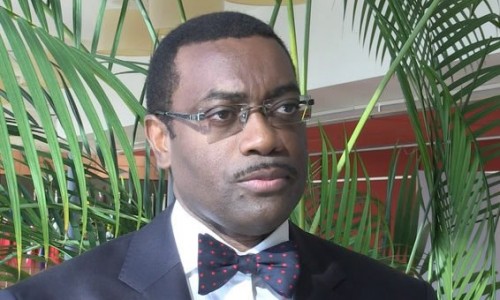 The outbreak of Avian Influenza, better known as Bird Flu has been recorded in 18 states of the Federation; according to the Minister of Agriculture and Rural Development, Dr Akinwumi Adesina.

The minister disclosed this yesterday, while speaking at a two-day refresher training course organised for federal and state epidemiology officers on Avian Influenza (AI) prevention and containment in Ibadan, lamented that a total of 322 poultry farms have been affected.

According to him, status as at yesterday indicates that Kano has the highest number of 156, Pleateau 82, Bauchi 19 and Kaduna 14 farms.

He said in an effort to contain the current Avian Influenza resurgence in the country, the United States Agency for International Development (USAID) is partnering with the federal government by engaging over 160 participants in a training the trainers workshop and capacity building for relevant officers

He commended the initiative and support from the USAID.Represented by deputy director in the Federal Ministry of Agriculture, Dr. Ademola Majasan, Adesina disclosed that the resurgence of the disease affected the poultry industry at the point when the country was about to achieve national self-sufficiency in poultry and poultry products, with the possibility of exports to the ECOWAS sub-region

“The last outbreak of the disease which occurred between February 2006 to July 2008 affected the poultry industry at the point when we were about to achieve national self-sufficiency in poultry and poultry products, with the possibility of exports to the ECOWAS sub-region.

“The outbreak affected poultry farms in 25 states and the FCT that led to depopulation of more than 1.2million birds, destruction of 118, 183 eggs and payment of the sum of N631 million as compensation.”

According to him, the strategy is to ensure the disease is effectively contained while not creating any unnecessary public panic.

Earlier last month, the Supervising Minister of Health, Dr Khaliru Alhassan, had advised Nigerians not to panic over the outbreak of Avian Influenza, saying the situation was under control.

He said: “The federal government confirmed the outbreak of avian influenza in two commercial poultry farms and a live bird market in Kano and Lagos states, respectively.

”Since then, further outbreaks have been confirmed in 16 other states by the Federal Ministry of Agriculture as at February 2.

“You will recall that prior to this outbreak, the last case of Avian influenza in poultry was confirmed in August 2008 during the last outbreak which commenced in January 2006,’’ he said.

He said that during the outbreak, the Federal Government established a multi-sectoral response plan involving key government agencies and development partners.

“The public should avoid eating sick or dead birds as well as avoid unnecessary exposure to poultry facilities.

“The public should also report severe symptoms of respiratory illness to the nearest health facility, especially where there is a history of contact with sick poultry,” he said.

Dr Alhassan said pandemic response plan had been concluded and activated over the influenza, adding that copies of the plan would be made available to all strategic partners soon.

He also said that special public enlightenment messages had been prepared and would soon be released to the public.

Dr Alhassan added that all state Ministries of Health had been alerted on the outbreak and advised to reactivate their Avian Influenza Control mechanisms that were established during the last outbreak.