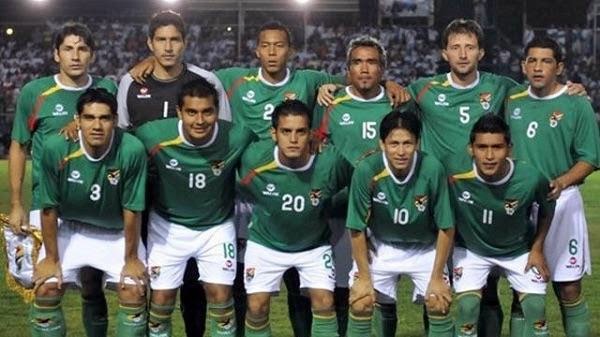 Shortly after the Nigeria Football Federation (NFF) released a 28-man list of players to prosecute the two FIFA windows in March, the Bolivian Football Federation (FBF) yesterday called off next week’s international friendly game against the Super Eagles scheduled for the Akwa Ibom International Stadium, citing fear of the terrorist group Boko Haram as reason for its withdrawal.

Bolivia was a replacement for another South American team, Brazil that was earlier planned to play the Eagles at the Uyo stadium until the Selecao opted for another country on that March 26 date.

President of the Bolivian federation, Carlos Chavez, who addressed a press conference in the eastern city of Santa Cruz yesterday insisted that the FBF did not bow to the wish of its national team coach, Mauricio Soria, who opposed playing the Super Eagles because of the distance between Nigeria and Bolivia but because of the fear of Boko Haram.

Soria had requested last week that the Bolivia versus Nigeria clash be canceled because the trip would last five days and tiring for his players.

“The armed conflict in Nigeria and the tense political situation forced the cancellation of the game,” said the Bolivian federation president.
Chavez told the conference he did not expect there any financial penalty for the breach of contract signed by Full Play and the FIFA agent who organised the game, Colombian Jairo Pachon.

“We have reported the breach to FIFA and it is expected that the world body must have also informed the Bolivia Football Federation of the consequences of its action,” observed the NFF boss.

Pinnick revealed the the NFF was already shopping for a replacement for Bolivia for that March 26 FIFA free window so as not to waste the opportunity to bring the Super Eagles together for a game before heading to South Africa three days later to play South Africa in Nelspruit.

“We are already looking for another country to replace the Bolivians while FIFA sorts out the breach of the contract we signed with the FBF,’ said Pinnick.

In-form England-based duo Odion Ighalo and Brown Ideye, Germany-based Anthony Ujah and Leon Balogun as well as China-based Aaron Samuel, who scored two goals in the futile campaign for a place at the 30th Africa Cup of Nations, were also listed.
There are 18 overseas-based and 10 home-based professionals on the list, with former junior international Akeem Latifu and Enyimba duo Kingsley Sokari and Mfon Udoh also called.

Amokachi has obliged a special request by injured Victor Moses, one of the stars of Nigeria’s triumph at the 2013 Africa Cup of Nations, to be listed as the Stoke City star believes he will recover before the two matches.

Buhari Is Not The Only One Scared Of Debates, Sepp Blatter, Fifa President Rejects BBC And Sky Election Debate