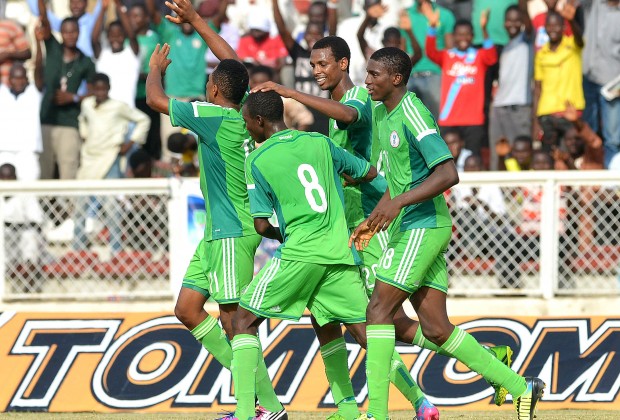 The long standing rivalry between Nigeria and Ghana in football will be reignited again at the ongoing Africa Youth Championships, AYC, as the Ghana’s U20 team on Sunday emerged as the semi-final opponents for the Flying Eagles.

The Black Satellites on Sunday lost 1-0 in their final Group B game against Mali and that saw them finish as runners-up in their group and will thus face the Flying Eagles who finished top in Group A after winning two games and drawing their last match against Cote d’Ivoire on Saturday.

The match will take place on March 18 at the Leopold Sedar Senghor Stadium in Dakar.

Interestingly, both Nigeria and Ghana engaged themselves in friendly matches before heading to Senegal for the AYC.

The other semi-final clash between the winner of Group B, Mali, and the runner-up of Group A, Senegal, will take place on March 19 also at the Leopold Sedar Senghor Stadium in Dakar.

The winners of the semis will face-off in the final on March 22 at the Leopold Sedar Senghor Stadium to be preceded by the third-place match between the losers of the semis.
The four countries still in contention have qualified to represent Africa at the FIFA U-20 World Cup in New Zealand in June. However, there is still the ultimate to play for at the 19th edition of the biennial championship.