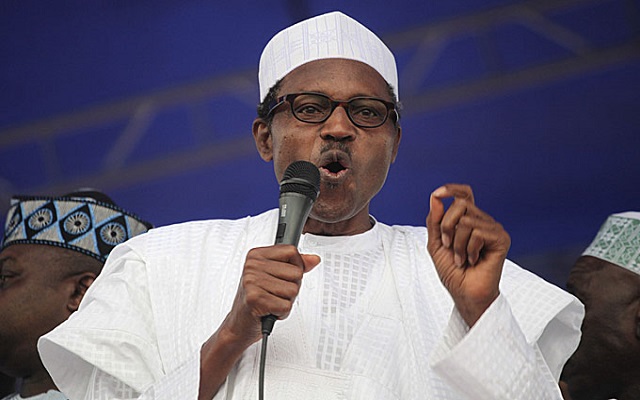 The All Progressives Grand Alliance (APGA) and one-time Senator representing Anambra North Senatorial zone, Alphonsus Igbeke, have gone to court to stop the Presidential Candidate of the All Progressives Congress (APC), General Muhammadu Buhari (Rtd), from contesting in the election.

In the suit filed at the Federal High in Awka the capital of Anambra State, the plaintiffs claim General Buhari had beached relevant provisions of the constitution of the Federal Republic of Nigeria and the Electoral Act 2010.

The Plaintiffs through their lawyer, Mr Nsobundu, had filed a nine-paragraph originating summon and a 22-paragraph Affidavit in support before the court presided over by Justice M.I. Abubakar in a suit number FHC/AWKA/CS/117/2015 and dated March 12 2015.

In a press conference, Senator Igbeke said the suit filed by himself and APGA, sought an order declaring that General Buhari is not constitutionally qualified for the office of the president having failed to comply with the provisions of section 131, sub-section A, C, and D of the 1999 constitution of the Federal Republic of Nigeria and section 31 of the Electoral Act 2010.

Senator Igbeke also said that General Buhari failed to file his birth certificate, failed to provide evidence of meeting educational qualification for contesting for president and also made a false claim in his voter card of being a civil servant.

A school attended by General Buhari had in the heat of the certificate controversy released General Buhari’s statement of result.

General Buhari had also dismissed the claims that he had did not posses the required credentials to vie for the position of the President.