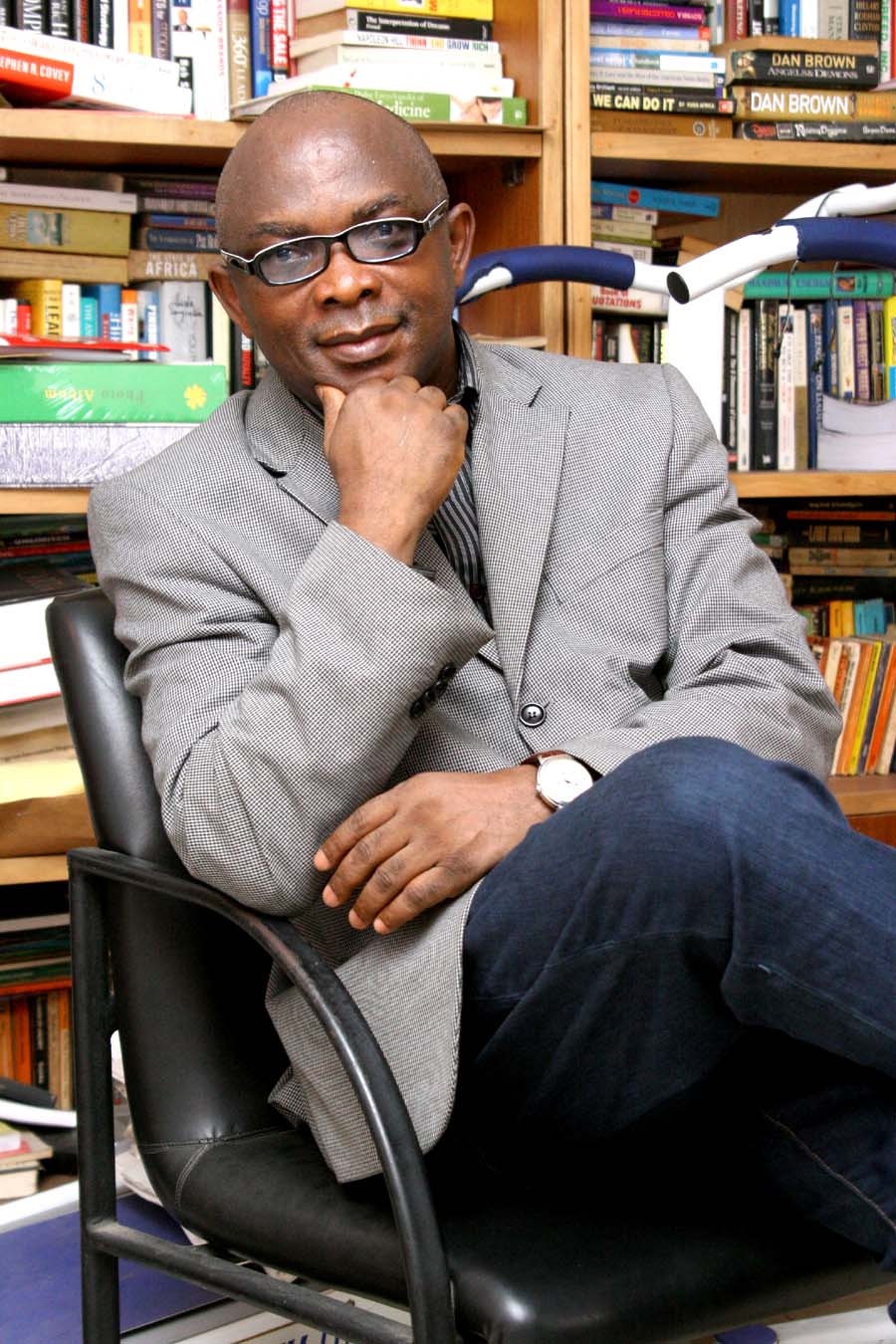 Oh, the power of words. The power of spoken words. Word from the beginning of creation when God spoke the word and it created and transformed the world.

Oh, the power of words. Words of counsel. Words of wisdom. Words of advice. One good advice can make the difference in your life. It can alter your life for good. It can refocus you and bring you back on track where you are about to derail.

It was one such good advice from the mouth and the brain of a wise man, a rich man called Michael Ibru that changed the life of another rich and successful man of today by name Michael. The man I am celebrating this week is my friend and namesake: Otunba Michael Olasubomi Balogun, the celebrated banker of our time, an icon, a baron of the Nigerian capital market and a role model in entrepreneurship. He is the founder of First City Monument Bank. A man of taste. A man of style. A man of means. A man of high principles. A man of God. A man for all seasons. The man who is 81 this week, but still strong mentally, physically and spiritually, such that if you ask him to rule Nigeria right now, he will still be capable but the enemies of Nigeria will never and can never allow a man of his age to step into the noisy, polluted and odious political ring.

At 81, we thank the Almighty God that Baba is hale and hearty, his brain is not yet dead, his eyes are not yet dim and his legs still carry him on in this arena called life. Thank God a man like him did not go into politics, because with politics, everything he has achieved in his glorious life would have been rubbished and destroyed by the forces that run their mouth riot. You know them, you know those that I am talking about, those you see on the television screen talking and you feel like switching off your television or breaking it completely.

Before I go into the story of Subomi Balogun, let me recap some of the story ideas that have fascinated me this week and which I could have written about, but for Otunba’s birthday which has captured my imagination. Having seen death so close to me, I have learnt to appreciate life and thank God for life. For me, every new day is a bonus from God. For me, every birthday should be celebrated as much as possible. Because there is nothing like life and we have only one life to live. Once you die, you are gone. Nothing can bring you back to life. No amount of weeping, no amount of praying, no amount of speaking in tongues and calling on the name of God can bring back a dead life. Except you are Jesus. Jesus is long gone and we are waiting for Him to come back to rescue us from this filth going on in the world today.

There is nothing like life. To be alive. In good health and at peace with yourself and your God. Life is so good. Life offers hope even amid the sea of hopelessness. To be alive is to be blessed, to be lucky. We that are lucky to be alive today should be grateful to God and we should show our gratitude every day by clasping our hands in prayers. We should make the best of life. We should live life to the fullest. My friend Otunba Michael Balogun has lived a good life. And he is living it to the fullest. He is one fulfilled man who wears a heart of constant gratitude to God without whom he would not be the person he is today.

I have been reading his book The Cross, the Triumph and the Crown. This sums up the story of life. In life you must carry a cross, you must be crucified. After the crucifixion comes the triumph and the crowning glory. Papa Subomi Balogun as a young man has single-handed created the idea of a merchant bank called ICON which he had hoped to head but they frustrated him, they never allowed him to head the bank which was his dream idea. He prayed and prayed every night for God to make him the head of ICON Merchant Bank. Even among his children, the prayer that came from their innocent mouths every night was: “May the good Lord let Daddy become Head of ICON.”

Then God spoke. Out of the mouth of the babes, Jehovah spoke to Balogun, using his 9-year-old son Babajide who said: “When Daddy was praying, I pitied him so much that I was wondering why Daddy would not leave the people fighting him and go start his own business.”

Power of words. Words of wisdom. Word of advice. It can come from anywhere, from anyone. All you have to do is to open your ears and listen to the words around you. Otunba Balogun listened to his prophetic second son and went to write a business plan, registered a new company called City Securities Limited, then went on to resign from ICON.

Even after he resigned, the devil was trying to derail him by suggesting that he tried his hands on trading.

“I had thought of going into distributive trade and I actually approached Mike Ibru that I would like to be distributing some of his products, particularly the Skol beer which he was producing in the then Midwestern Region of Nigeria,” Subomi Balogun writes in his memoirs. But Ibru shook his head and gave him a powerful, transformative advice.

“I will never forget the advice Mike gave me. He strongly advised me to face an area of business in which I had competence. Also, he said he would not like the situation in which as a former banker, I would be sitting at the other side of the desk appealing to a banker to give me facility. That advice really stuck.

“In addition, an American friend of mine asked whether with all the talk about indigenisation, the only two merchant banks, Nigerian Acceptances Limited (NAL Merchant Bank Limited) and Icon Limited (Merchant Bankers) existing could cope. All these gave me the courage to start a joint issuing house and stockbroking firm which I christened ‘City Securities Limited’ and registered at the Stock Exchange. I then proceeded to prepare my letter of resignation, which in itself speaks volumes.”

And the rest, as they say, is history! Happy birthday, sir. At 81, I pray you will live long like Moses, your eyes will never dim and your brain will never die.

For Chelsea, it was darkness across the blue sky. It was the week when the Blues really sang the blues. To be confronted and beaten by a 9-man PSG on Stanford Bridge is the height of humiliation. And to think that David Luis, the stone rejected by Chelsea became Chelsea’s nemesis and the cornerstone of PSG. It was nightmare for Jose Mourinho and all Chelsea fans. Well done, PSG. Well done, Coach Laurent Blanc.

The same scenario was evident when Wellbeck, another rejected stone orchestrated the defeat of Manchester United, the team that sold him off to Arsenal, believing he had nothing to offer. But the rejected stone became the cornerstone.

The former First Lady of Cote D’Ivoire now has a 20-year sentence hanging on her head. This was the lady who was the almighty, all-powerful, shooting her mouth anyhow and behaving like she owned the world. Today, she is nothing but a common criminal who will rot in jail. Let us all learn from history. There are lessons to be learnt from history by all. Lessons of history!

Former publisher of The Sun newspapers and the dubbed King of Tabloid Journalism in Nigeria.

Dele Momodu: Muhammadu Buhari And The Burden Of Expectations