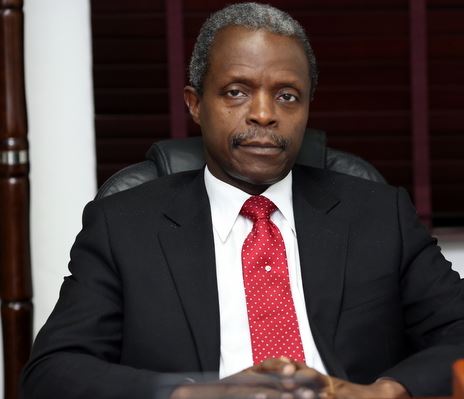 March 27 has been fixed as the date for hearing of a suit filed by Yemi Osinbajo, the presidential running mate of the All Progressives Congress (APC), challenging the legality of a damaging documentary by the African Independent Television (AIT) and the Nigerian Television Authority (NTA). This is the ruling of a Federal High Court in Lagos.

Justice James Tsoho, the Trial Judge, had earlier barred AIT and NTA from further broadcast of the documentary pending the hearing and determination of the suit. Osinbajo, a professor of law and Senior Advocate of Nigeria (SAN), had filed the suit through his lawyer, Femi Falana (SAN), contending that the airing of the said documentary was against his fundamental rights.

As at when the case was brought up on Friday, Falana told the court that the two defendants had been served, and that he was ready to come back for hearing. AIT was not represented by any lawyer, while Anthony Okochu represented NTA. Okochu confirmed that the processes in the matter had been served on his client and that he needed time to respond to the suit. The matter was consequently adjourned to March 27 for hearing, after all the necessary processes must have been filed and served.

While granting the interim order, Justice Tsoho had ordered AIT, NTA and any other broadcast station under the control of the Broadcasting Organisation of Nigeria (BON), not to air the said video until the determination of the substantive suit. Osinbajo, in the suit, had complained to the court that the ruling Peoples Democratic Party (PDP), having adjudged him a threat, sponsored documentaries to cause him disaffection in the eye of the public.

In the paste few weeks, AIT and NTA had been airing a documentary detailing the “atrocities” of Muhammadu Buhari, the APC presidential candidate, The stations also had a similar documentary on a national leader of the APC, Asiwaju Bola Tinubu, chronicling series of alleged financial misconduct about him. Osinbajo maintained that the said documentaries, which allegedly contained untrue information and injurious falsehoods, constitute a personal attack on his person.

He argued that the videos were being aired in violation of his fundamental human right to dignity of human person, right to privacy and family virtue and right to life and/or livelihood as protected by Sections 33, 34 and 37 of the 1999 Constitution. He had therefore prayed Tsoho for an order of interim injunction restraining AIT, NTA and any other broadcast stations under the control of BON from further disseminating and broadcasting the damaging videos.

“Unless the respondents are restrained in the manner requested in this application, damages will be grossly inadequate to compensate or redress the unquantifiable, unwarranted and malicious damage to the applicant’ right to dignity of human person, right to livelihood and privacy guaranteed and protected under Sections 33, 34 and 37 of the 1999 Constitution of the FeDeal Republic of Nigeria.