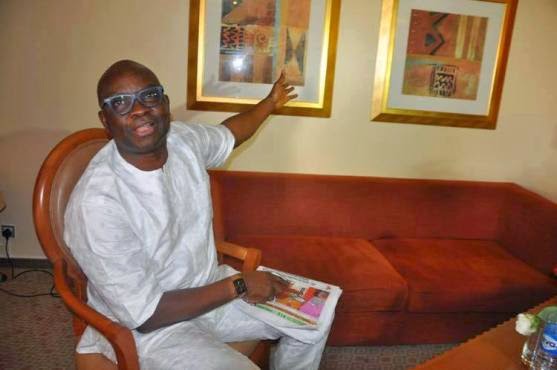 Speaking through his Special Assistant on Public Communications and New Media, Lere Olayinka, the governor said; “since last week Thursday, that Buhari appeared for less than two hours at the Chatham House where he said his doctors certified him fit and that he was returning to Nigeria for the ‘final onslaught on the PDP,’ he has simply disappeared from public glare.”

He queried; “Isn’t it strange that someone who is contesting an election in 28 days time could afford to stay outside the country for going to two weeks?

“Buhari confessed that he actually saw his doctors, why did the APC cabal lie that he never visited any hospital, even going to the ridiculous and criminal level of using pictures taken in Abuja to authenticate claim that Buhari had a television interview in London?

“Like I have maintained, the same cabal that were involved in the Yar’Adua saga are also involved in the packaging of Buhari and Nigerians must save the man from these people, who are only interested in using him to assume power.”

“How APC Spent N5bn For The Chatham House, London Jamboree With Buhari As Lead Character”

“Buhari Is A Child Still Crawling At 72, Has Nothing To Offer Nigeria” – Patience Jonathan