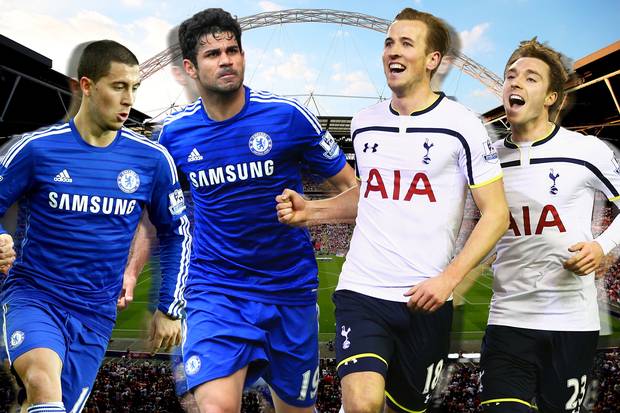 Two London based premier league sides, Chelsea and Tottenham Hotspur will on Sunday evening battle for the English League Cup better known as the Capital One Cup. This will be a rematch of the 2008 final which Tottenham won 2-1 after extra time.

Chelsea last won the league cup in 2007 after a 2-1 victory over Arsenal. A league cup victory in 2005 was Jose Mourinho’s first ever trophy with the Blues.

Chelsea will be without Nemanja Matic who is serving a two match suspension after bagging a red card against Burnley last weekend. The Blues will also be missing John Mikel Obi who is out injured. Tottenham on their part have all players available and will be looking to further trouble the Blues having beaten them 5-3 this season already in the EPL.

Ramires is expected to partner Cesc Fabregas in the midfield for Chelsea while all eyes will be on Tottenham’s Harry Kane and Chelsea’s Diego Costa for goals.

It’s going to be one hell of a cracker later this evening.