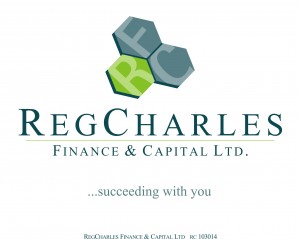 Reg Charles Group, a not-for-profit organisation, on Wednesday in Lagos urged women entrepreneurs to legalise their businesses to position them for better opportunities.

President of the group, Mr. Peter Mbama told the News Agency of Nigeria (NAN) that some women entrepreneurs often allowed themselves to be suppressed in the male-dominated world.

He said that most women entrepreneurs had also failed to take their businesses beyond their neighbourhood.

“But I urge women to work harder to break the barriers of culture and to take the courage to put more professionalism into their businesses so that they can perform better.

“This is a challenge that has hindered most female entrepreneurs to access loans and so, they remain mediocre, even though studies suggest that women repay loans more promptly.

“If women can make more sacrifices and legalise their businesses, they would even do better or be at par with men in entrepreneurship,’’ he said.

Mbama said that more women were participating in business now and this had led to financial freedom and reduction in poverty, especially among the very poor ones.

He urged women to embrace partnerships by joining cooperatives and associations relating to their businesses so as to reduce the rate of informal businesses being run by women.

“The risk of continued informal businesses, I mean unregistered and illegal businesses are not good for the economy.

“Running only subsistence businesses also limits the business owner from accessing some basic benefits that being formal can earn, like bidding for contracts,’’ he said.

He also urged the government to direct commercial banks to consider women’s challenges by giving out more loans to them.

Mrs Lola Okanlawon, President of NECA’s Network of Entrepreneurial Women (NNEW), also said that the association wanted to train women to be more professional in their businesses.

Okanlawon said that the association would provide more support for women to legalise their businesses this year.

She appealed to the government to implement single digit interest on loans to women entrepreneurs to aid their growth.