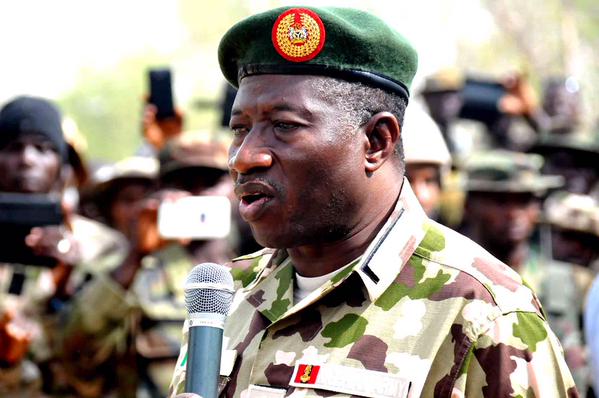 President Goodluck Jonathan made a brief visit to Adamawa State yesterday to see for himself some of the recaptured towns from Boko Harm in the state.

Jonathan was accompanied on the visit by the Service Chiefs including the Chief of Defence Staff, Chief Marshal Alex Badeh, the Chief of Army Staff, COAS, Air Staff, the Inspector of General of Police and the National Security Adviser among other military top brass.

On arrival at the Yola Airport, Jonathan was flown to Mubi for inspection of the town which was reclaimed from the Boko Haram insurgents after being renamed an Islamic state and occupied for almost two months.

President Jonathan with Adamawa Governor Ngilari on his arrival in Yola today en route Mubi to visit the troops.